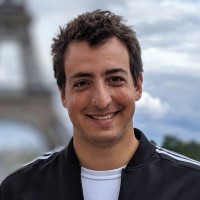 Co-founder and CEO at Flowdash || The most customizable work-management platform for complex, scalable workflows. 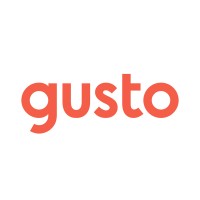 Not the Omar Skalli you were
looking for?

Based on our findings, Omar Skalli is ...

Based on our findings, Omar Skalli is ...

What company does Omar Skalli work for?

What is Omar Skalli's role at McGill University?

What is Omar Skalli's Phone Number?

What industry does Omar Skalli work in?

Co-Founder & CEO at FlowdashOmar Skalli is currently a software engineer in Test II at Microsoft Corporation from September 2010 to November 2012 (2 years 3 months) in Redmond, WA. Windows Phone 7.5 (Mango), Silverlight 5, and Windows Phone 8. Software Engineer in Test at Microsoft Corporation from August 2009 to September 2010 (1 year 2 months) in Redmond, WA. Code name "Oslo" (SQL Server). Software Engineer in Test Intern at Microsoft Corporation from May 2008 to August 2008 (4 months) in Redmond, WA. Codename "Oslo", Visual Studio Workflow Designer. QA Tester at Electronic Arts from May 2006 to August 2006 (4 months) in Montreal, Canada Area. NHL 07 for PC, Xbox, PS2, and PSP. Co-Founder & CEO at Flowdash in San Francisco, California, United States. Flowdash helps you quickly build internal tools to track and execute human-in-the-loop workflows.We're on a mission to change the way people create software. We're making it easier to build applications without code so that individuals within every organization are empowered to create the tools they need — the tools they deserve. Empowering Platform Engineering Team at Gusto from November 2012 to November 2018 (6 years 1 month) in San Francisco Bay Area. Empowering the Platform engineering team, which is comprised of the following: Risk, Payments, DevOps, Development Experience, and Data Engineering.The co-founder and CEO of Flowdash, Omar Skalli, is a software engineer with experience in development, QA, and design, working on both Windows Phone 7.5 and Windows Phone 8 platforms. Omar Skalli first encounteredFlowdash when he was a software engineer at Microsoft Corporation in Redmond, WA, working on the Windows Phone 7.5 platform. He then worked at Electronic Arts in Montreal, Canada, during the summer of 2006, before moving to San Francisco Bay Area in November of that year. There, he co-founded and CEO of Flowdash, a company that helps companies quickly build internal tools to track and execute their human-in-the-loop workflows. Flowdash is headquartered in San Francisco, California and is currently hiring in the city.

From experience as a software engineer and QA tester, Omar Skalli has valuable skills and experience in the areas of risk, payments, DevOps, development experience, and data engineering. Omar Skalli has also taught as a teaching assistant at McGill University in Montreal, Canada for 2 years.

There's 100% chance that Omar Skalli is seeking for new opportunities

UX Lead for iOS at iHeartRadio at Everyday Health Inc.

Marketer at Alert1 and Contributing Writer at TheWorkingWardrobe.com at Alert1

Senior IT Auditor at AIG at AIG US