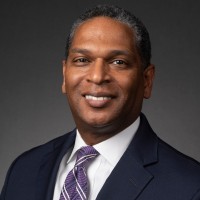 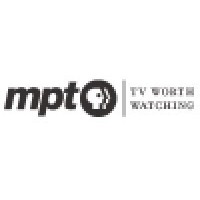 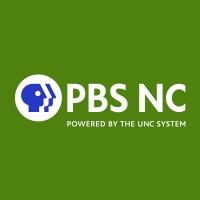 Communities In Schools of Wake Co 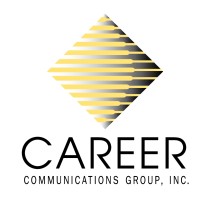 Not the Travis Mitchell you were
looking for?

Based on our findings, Travis Mitchell is ...

Based on our findings, Travis Mitchell is ...

What company does Travis Mitchell work for?

What is Travis Mitchell's role at Maryland Public Television?

What is Travis Mitchell's Phone Number?

What industry does Travis Mitchell work in?

Travis Mitchell's Work experiences:Senior Vice President and Chief Content Officer at Maryland Public TelevisionTravis Mitchell is currently a Managing Editor at Career Communications Group from April 1993 to June 1995 (2 years 3 months) in Baltimore, MD. Staffed and managed a national team of writers, editors, graphic artists and freelancers for four nationally distributed trade magazines focused on information technology.Interviewed and covered top executives of notable companies such as Blue Cross and Blue Shield, Boeing, Dell, the U.S. Department of Energy, the U.S. Department of Defense, Exxon, Ford, Hughes Communications, Lockheed Martin, Microsoft, NASA and the U.S. Navy. Served as Associate Producer of two nationally syndicated television specials cleared in 99 percent of domestic U.S. households.Media/Marketing Consultant at T. Mitchell & Associates in Atlanta, GA & Raleigh, NC. Specialization in public relations and promotions, media strategy, and content development for corporations, small businesses and non-profits.Successfully acquired (and re-launched) a 24-hour satellite music network from ABC Radio, increasing base of radio affiliates from 38 to 54 and revenues by 100 percent.Produced a talk show pilot for executives at one of the four largest national television networks. President at Communities In Schools of Wake Co from October 2010 to September 2017 (7 years) in Raleigh, NC. Responsible for leading a 25-year-old organization that helps schools remove the barriers that put the students (in Wake County, NC) at-risk of wasting their potential.ORGANIZATIONAL PERFORMANCE (Outputs)• Expanded both academic enrichment services (offered after school at school and community sites) and academic case management services (offered through "Graduation Coaches" embedded within Wake County Public Schools) that have impacted over 10,000 students.• Launched the SMART Academy to provide reading and math enrichment to over 2,000 students during Weekend School, Track-out Camp, Summer Camp and EOG Camps from 2013 to 2017.• Secured STEM funding from leading research corporations Duke Energy, SAS, Biogen, Glaxo, Red Hat and CISCO in the Research Triangle Park for the SMART Academy.Expanded school-based programs to directly serve over 2,500 students through a summer reading program (READS) partnership with Harvard at 9 Wake County Schools.Successfully helped over 400 high school students recover course credit by using on-line programs deployed in a blended learning environment.Raised over $9 M in funding over a 6 year period. Secured $1.2 M (4-YR) 21st Century Learning Center Grant and $1 M After School Quality Improvement Grant.Provided over $2 M in supplemental pay for certified teachers to tutor students.Achieved organizational recognition as a GlaxoSmithKline Impact Award Winner in 2013 and Red Hat’s non-profit of the year charity in 2013.Developed branding and signage

Travis Mitchell has many years of experience in the field of communication and marketing, having successfully acquired and re-launched a 24-hour satellite music network from ABC Radio in 1994 and produces a talk show pilot for executives at one of the four largest national television networks. In addition, Travis Mitchell has worked in a variety of other areas within the corporate world, such as development and marketing for schools and corporate sponsorships. While Travis Mitchell primarily works in marketing and communications, his ability to connect with his clients and strategies for growth has led him to be recognized as a successful and impactful leader in the industry.Travis Mitchell earned his undergraduate degree in communication from Towson University in Maryland in 1993 and his masters in communication from the University of Texas at Austin in 1995. In 2002, Travis Mitchell obtained his doctoral degree in communication from University of Texas at Austin.Travis Mitchell enjoys spending time with his family, namely his wife and two children, as well as traveling and witnessing new cultures. He has also been a long-time member of the professional sports community and has produced multiple live, televisoned college football and basketball games and 350 nightly newscasts for the Mega-Channel. In addition, he is also a long-time member of the community, having played in many fun events for local organizations and served as a board member or member of multiple committees throughout his years in the corporate world.

Ranked #289 out of 5,771 for Senior Vice President and Chief Content Officer in North Carolina

There's 90% chance that Travis Mitchell is seeking for new opportunities

I am hiring! AND I have plenty of leads (so no need to ask to connect and offer to get more for me, thanks :-)) at Southwestern Consulting

Director of Safety at Osburn Contractors at Santos Safety Solutions

HR Manager at Target at Target