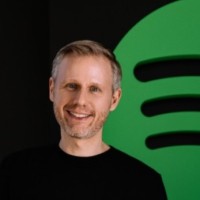 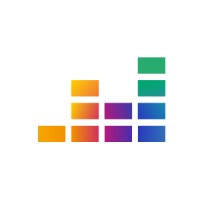 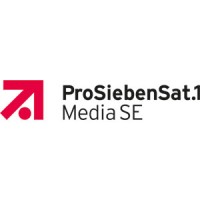 Not the Michael Krause you were
looking for?

Based on our findings, Michael Krause is ...

Based on our findings, Michael Krause is ...

What company does Michael Krause work for?

What is Michael Krause's role at Spotify?

What is Michael Krause's Phone Number?

What industry does Michael Krause work in?

Michael Krause has over 10 years of experience in management and content creation. He has worked in a number of different positions at international companies, most notably as a CEO or a management director. Krause has strong experience in content promotion and marketing, and he is knowledgable about Spotify and its marketing strategies. He has also worked on music and video products for Warner Music and Mercury Records.Krause is an expert in online marketing and he is able to put together an all-round marketing plan for a company. He is also very aware of the challenges that publishers face when it comes to the digital music market. He is able to work well with other departments within the company, and he is able to quickly create products that meet the needs of his customers.

Born and raised in the city of München, Germany,Michael Krause has been working in the music industry since the age of 12. He has gained professional experience in the following industries: music business, managing teams, customer service, and advertising. Krause started his experience at Sony Music Entertainment AG, where he was a General Manager Europe. He also spent time at Deezer, where he managed international sales and product development. From October 2012 to July 2014, he was the Managing Director at Ampya. In that role, he was responsible for all music and video content for ProSiebenSat1 Media Group, which consists of a great deal of Germany’s newest radios and TV networks. Krause also had a role in the development and launch of MyVideo.de, a website that specializes in video content on the internet. Krause joined Arvato Mobile GmbH in July 2007 from Mondia Media Group GmbH. At Amptya, Krause was responsible for all music and video content for ProSiebenSat.1 Media SE, as well as developing and managing sales and marketing. He also served as the Manager of Sales & Innovation at Amptya. From February 2012 to October 2012, Krause was the Vice President of Content at Mondia Media Group GmbH. He was responsible for all content and products for the company. Krause also had a role in the development and launch of MyVideo.de, as well as managing sales and marketing for Amptya. From October 2011 to February 2012, Krause was the Captain of Marketing at Warner Music/WSM. He was responsible for all marketing activities related to the company’s music, video and TV platforms. Krause also held a role in the development and launch of Amptya, which was then a subsidiary of Warner Music/WSM. Krause left Mondia Media Group GmbH in March 2004 to take over as CEO of all music and video content at Mercury Records/Universal Music Group in September 2016. He also served as the CEO of Mercury Records/Universal Music Group from September 2016 to September 2017.Michael Krause has also been around the internet since he was a child. He started working on the internet at age 12, when he created a website to market his music. Krause has been quoted saying, “I always loved working on the internet. Especially because it was always a really cool experience to be able to communicate with so many people from all over the world. I’ve never been happier than when I was able to work with people from all over the world and help them share their music with the world.” krause has also won several awards for his internet-based content. In 2008, he won the Webby Award for Best Interactive Media Project. In 2009, he was awarded the Golden Globe Award for Best short film for his web series “All4iphone.de.” In 2013, he was recipient of the Eisner Award for Best Art Comics. Krause was also honored with the Oak Foundation Award in 2016. Michael Krause has an

There's 78% chance that Michael Krause is seeking for new opportunities

Chief Revenue Officer | Driven by the desire to make a significant positive impact at CounterPath, an Alianza Company

Looking for a Growth Hacker! 🚀Helping companies to grow with the power of data