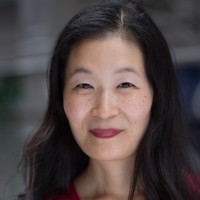 Crypto/blockchain journalist, host of the Unchained podcast, author of The Cryptopians - **I do not respond to messages here**

Crypto journalist, host of Unchained, author of 'The Cryptopians'

The New York Times on the Web Not the Laura Shin you were
looking for?

Based on our findings, Laura Shin is ...

Based on our findings, Laura Shin is ...

What company does Laura Shin work for?

What is Laura Shin's role at Bandung International School?

What is Laura Shin's Phone Number?

What industry does Laura Shin work in?

As aCryptojournalist and Podcastproducer with Unchained, Laura Shin is both a Senior Editor and Co-Lead Reporter of the Cryptoassets and ICOs Report, responsible for co-editing, writing, and mixing audio for a six-minute segment that aired on Washington D.C.’s WAMU-FM.As aFreelanceWriter for self-employed for over 9 years, Laura Shin has written extensively about Business, Technology, and Personal Finance topics. With experience in both Reporting and Composing content for various outlets such asThe New York Times, The Los Angeles Times, The Wall Street Journal, The Fiscal Times, Audubon (LA), salemanowork.com, Slate, USA Weekend, and more, Laura Shin has the ability to capture important stories and ideas in a well-written, short-duration piece.Prior to co-founding Unchained in Jan 2017, Laura Shin was a Producer at The New York Times Online, responsible for writing breaking technology news articles, earnings reports, news briefs, roundups of technology stocks, and a daily venture capital column.In July of 2014, Laura Shin was appointed as a Freelance Writer at self-employed, writing stories on the business, tech, personal finance, environment, energy, arts, fitness, health, travel and other topics.And in July of 2000, Laura Shin was hired as an Assistant Producer and Reporter at Newsweek.com. At Newsweek, Laura Shin wrote more than 100 articles, most notably a daily news story on the topic of technology that was featured onSlate and saved forNDTV.

There's 90% chance that Laura Shin is seeking for new opportunities

Director of Talent & HR at Knock | knockcrm.com at Knock® CRM

Associate Professor of Marketing at Northwestern University at AirDeck

Founder, CEO at ispace1 at Medium