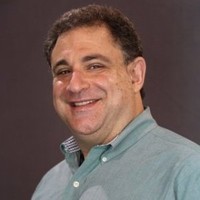 Not the Jeffrey Eisenberg you were
looking for?

Based on our findings, Jeffrey Eisenberg is ...

Based on our findings, Jeffrey Eisenberg is ...

What company does Jeffrey Eisenberg work for?

What is Jeffrey Eisenberg's role at Bazaarvoice (BV)?

Jeffrey Eisenberg is Advisory Board Member

What is Jeffrey Eisenberg's Phone Number?

What industry does Jeffrey Eisenberg work in?

Jeffrey Eisenberg's work experience has ranged from working as a marketer, investor, and author. He has worked in the industry of marketing and advertising since he was graduated from college. In his latest role with OneSpot, he is a advisor to the company. Eisenberg also works as a partner at Bazaarvoice, where he is an Executive Vice President and Chief Operating Officer. He also has experience at DataTurk.ai, where he is an interim Vice President and General Manager; and at Buyer Legends, where he is the President and CEO. Eisenberg is also a managing member at Eisenberg Holdings LLC, and a board member at BoostCTR. In his latest role as CEO at Buyer Legends, he is responsible for all aspects of the company's business.

There's 78% chance that Jeffrey Eisenberg is seeking for new opportunities

VP, Global Head of Product Management at Cognizant at Tafifi

Software Engineer at Google. at Google

Front of House Receptionist/Concierge at The Aviator Hampshire at Aviator

Chief Awareness Officer at aware_ The Platform at SHIFT Mobility