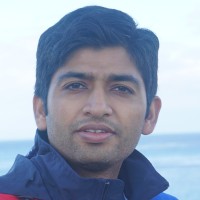 Not the Gaurav Kesarwani you were
looking for?

Based on our findings, Gaurav Kesarwani is ...

Based on our findings, Gaurav Kesarwani is ...

What company does Gaurav Kesarwani work for?

What is Gaurav Kesarwani's role at Intuit?

What is Gaurav Kesarwani's Phone Number?

What industry does Gaurav Kesarwani work in?

Gaurav Kesarwani's Educational Background:Gaurav Kesarwani's educational background includes a Bachelor of Science degree in Computer Science from Uttar Pradesh Technical University in 2004 and a Master of Science in Computer Software Engineering from San Jose State University in 2013.Kesarwani has worked at various locations including Bangalore, Hyderabad, and San Francisco. Kesarwani has currently been working as aresearch Engineer at Google for two years.portion of his previous experience includes various positions as Research Engineer at Google in Bangalore (2010-2012), Hyderabad (2013-2015), and San Francisco (2015-present).Work readiness based on Kesarwani's past education:Based on Kesarwani's past education, his work readiness would be assessed as beingAbove average.

Gaurav Kesarwani has many years of experience in technology, having worked as a software engineer for Intuit, HSBC Life, and Barclays Technology Center India. He is also well-versed in analytics, having worked on projects such as logging and analytics for a website and a mobile app. Kesarwani has also worked on developing software for Yahoo! Inc. He has a degree in computer engineering from Indian Institute of Technology, Bombay.

There's 96% chance that Gaurav Kesarwani is seeking for new opportunities

Marketing Associate at UDR at UDR

Co-founder and Vice President at MPLogix