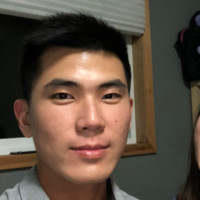 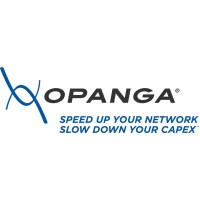 Not the Gary Lengkong you were
looking for?

Based on our findings, Gary Lengkong is ...

Based on our findings, Gary Lengkong is ...

What company does Gary Lengkong work for?

What is Gary Lengkong's role at Google?

What is Gary Lengkong's Phone Number?

What industry does Gary Lengkong work in?

Gary Lengkong has a degree in Computer Science from UC Berkeley. After graduating from UC Berkeley, he worked at Google for four years where he was a Software Engineer. He then moved to Opanga Networks for two years, where he designed and implemented a production environment for a digital rights management server. He also prototyped and developed a RSS feedbased video crawler for a mobile TV application in Java. He then assist in developing a web based Management System using Java, JSP, HTML, CSS, JavaScript, and jQuery. Gary Lengkong is currently working at F5 Networks. He has worked on a variety of projects, including a unit test and end-to-end test framework called Jest, Selenium, Python, Ansible, and Docker. In his spare time, he enjoys playing video games and coding.

Gary Lengkong is a Computer Science graduate from University of Washington. After earning his degree, he worked for 3 years in a software development company. In his free time, he likes to read, play music, and watch movies.

Gary Lengkong's Work Experience:Software Engineer at Google Gary Lengkong is currently a Software Engineer at Google.Software Engineer Intern at Opanga NetworksFrom June 2010 to September 2011 (1 year 4 months), Gary Lengkong served as a Software Engineer at Opanga Networks. Designed and Implemented a production environment Digital Rights Management server using PlayReady SDK and a Silverlight client application for a Video On Demand product in XAML/C#.Prototyped and developed an RSS feed based video crawler for a mobile TV application in Java.Assisted in developing a web based Management System using Java, JSP, HTML, CSS, JavaScript, and jQuery.Software Engineer at F5 NetworksFrom November 2009 to mid-2011, Gary Lengkong served as a Software Engineer at F5 Networks.Improved performance of the network map page with large configurations by more than 10% by using batching, caching, and debouncing in the frontend. Separated the business logic of the page so that it can be rendered in both AngularJS and Vue.Created chart components for the statistics and monitoring page using AngularJS and PlotlyJS.Designed, prototyped, and implemented a UI framework with reusable components, utility functions, and development/testing workflow on top of AngularJS using the latest best practices.Greatly improved usability of policy management page significantly by implementing a sentence structured configuration instead of a table structured configuration using AngularJS and a REST/JSON API.Implemented firewall configuration pages using AngularJS and a REST/JSON API to a PostgreSQL database.Handled serious and cosmetic bugs for BIGIP's web interface, written in Java, JSP, HTML, CSS, JavaScript, and jQuery.

There's 86% chance that Gary Lengkong is seeking for new opportunities

Head of AI and Machine Learning at Dow Jones | Computing: IT Leaders Top 250 at Dow Jones

Adjunct Professor at National College of Business Administration and Economics

Retired at BMW Group at Privat