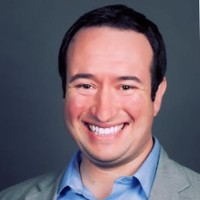 CEO, Co-Founder at Tailwind - Making world-class marketing easy for everyone. University of Pennsylvania School of Engineering and Applied Science (SEAS)

Not the Daniel Maloney you were
looking for?

Based on our findings, Daniel Maloney is ...

Based on our findings, Daniel Maloney is ...

What company does Daniel Maloney work for?

What is Daniel Maloney's role at Tailwind?

What is Daniel Maloney's Phone Number?

What industry does Daniel Maloney work in?

Daniel Maloney has 17 years of experience in the tech industry, which positions him as an expert in coding and marketing, as well as with the ability to build strong relationships with others. His experience with Tailwind, OK Coders, and Merrill Lynch gives him the ability to build positive relationships with his clients and team members.Overall, Maloney has a deep understanding of technology and its potential effects on marketing. He has a strong track record of helping companies achieve their marketing goals and build successful businesses. He is also experienced in helping to build strong relationships with other professionals, both in the tech industry and outside of it. Thisimble-based contact center experience and his overall field of expertise make him a valuable asset to any business.

There's 77% chance that Daniel Maloney is seeking for new opportunities

Group CEO Celeritech. Helping companies to innovate their business with Digital Transformation based on SAP and Microsoft at CeleriTech

Trillion Dollar Man, High Performance Business Coach, QLA Founder and "Greatest Of All Time" in the creation of wealth

Product Owner at PeakActivity at REEF

Founder & President at HUNGRY, Founder at LiveSafe at HUNGRY