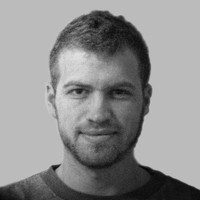 Not the Daniel Frank you were
looking for?

Based on our findings, Daniel Frank is ...

Based on our findings, Daniel Frank is ...

What company does Daniel Frank work for?

What is Daniel Frank's role at bitly?

What is Daniel Frank's Phone Number?

What industry does Daniel Frank work in?

Daniel Frank has had a number of different working experiences in the field of machine learning and data engineering. For his current position as a Staff Machine Learning Engineer at Stripe, he has worked on developing and operating machine learning models to predict fraudulent transactions and merchants. In his previous work experience at bitly, he was responsible for developing andanalysis of machine learning models to predict fraudulent transactions and merchants. Furthermore, he was also responsible foroverseeing migration to new model type, development of capabilities to automatically evaluate models and selectParameters, and development of additional models for new business problems at Stripe. In his previous work experience at Lime Wire, LLC, he was responsible forarchitecting and implementing systems for distributed computation of features in both training and production. Additionally, he led a team of six people in development of thissystem and interface with client teams. Finally, he has worked at Stripe as a Data Engineer from February 2014 to December 2014 (11 months). In this role, he was responsible for designing and implementing systems for management of data ETL in batch and realtime.

Daniel Frank has a B.A. in mathematics from Yale University in 2006. After receiving his BA, Daniel worked as a research mathematician at the University of California, Berkeley for two years. He then worked as a research mathematician at Google for two years. Frank then moved to the Department of Mathematics at the University of California, Berkeley,where he became a postdoc in fall of 2013. After two years of postdoc work, he returned to Google as a senior scientist.Since joining Google, Daniel Frank has written over sixty papers in the areas of mathematics and problems in mathematics. His most recent work on the theory of probability and its applications is currently in progress. Daniel Frank is also a guest speaker at several yearly mathematical Meetups and has given talks on his work at these events around the world.Daniel Frank is currently in the process of writing his first book on a mathematical topic.

There's 86% chance that Daniel Frank is seeking for new opportunities

Software Engineer in Test at Gears of Leo

Looking for a Software Engineer role at Mobile Programming LLC.

Vice President of Enterprise IT Infrastructure & Development at Aetna