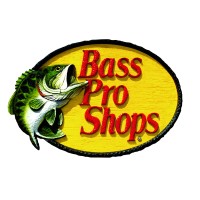 Not the Stan Lippelman you were
looking for?

Based on our findings, Stan Lippelman is ...

Based on our findings, Stan Lippelman is ...

What company does Stan Lippelman work for?

What is Stan Lippelman's role at Visionworks of America?

What is Stan Lippelman's Phone Number?

What industry does Stan Lippelman work in?

As a statistician, Stan Lippelman has experience in developing marketing plans. He designed and produced a marketing budget for Visionworks in San Antonio, Texas in 2004-2006, and also played an important role in creating and driving the marketing strategy for the company in the late 2000s and early 2010s. Additionally, he has experience in developing customer relationships and managing customer feedback.Born in California in 1955, Lippelman earned his BA in psychology from UCLA and his MBA from Yale University. After completing his MBA, he worked as a market research manger at Unilever and PepsiCo. He then worked at Procter & Gamble as the marketing director for advertising and products throughout Europe, the United States, and Asia. From there, he moved to San Antonio, Texas, and began his career as the marketing director at Bass Pro Shops in February 2004. At Bass Pro Shops, he was responsible for all aspect of marketing, including product development, marketing research, and social media marketing.Lippelman is also a five-time winner of the prestigious Stroud Award for market research excellence, given to the most promising marketing research team in the United States. He is also a member of the American Marketing Association and the Academy of Marketing Science.

Ranked #130 out of 2,594 for Chief Marketing Officer/SVP in Missouri

There's 89% chance that Stan Lippelman is seeking for new opportunities

Senior Recruiting Partner ★ Connector that Cares ★ at The O'Connor Group

Head of Content and Social Media Marketing at ProSky

Head of Ops and Partnerships at Penguin Pay - We're hiring! at Get Emmy

Finance Director at Google at Google