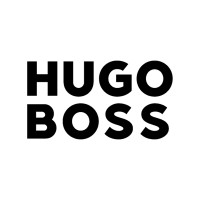 Not the Muge Ersoy you were
looking for?

Based on our findings, Muge Ersoy is ...

Based on our findings, Muge Ersoy is ...

What company does Muge Ersoy work for?

What is Muge Ersoy's role at Serbest çalışan?

What is Muge Ersoy's Phone Number?

What industry does Muge Ersoy work in?

Muge Ersoy's professional and technical abilities:Muge Ersoy is a graphic designer with over 10 years of experience in the industry of music. He has worked as a freelance graphic designer for various companies, including HUGO BOSS, Serbest çalışan, and XORXOR. In his free time, he enjoys playing guitar, writing compositions, and spending time with his family.

There's 85% chance that Muge Ersoy is seeking for new opportunities

Founder and CEO at August Leadership

Global Media Leadership at GSK, Head of Media for EMEA - Marketer in a Digital World, Passionate Writer & Speaker at Carat

VP Engineering at SFEIR at SFEIR

Creating and Building Web3 & DeFi Brands of the future. (Dubai/London) at Numbers Protocol

DEPOT MANAGER at To Be Announced