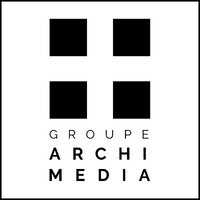 Not the Hicham RAHIOUI IDRISSI you were
looking for?

What company does Hicham RAHIOUI IDRISSI work for?

What is Hicham RAHIOUI IDRISSI's role at GLOBAL INDUSTRY 4.0 CONFERENCE?

What industry does Hicham RAHIOUI IDRISSI work in?

Hicham Rahioui Idrissi has a 4 year degree in business from the University of Economic Sciences in Rabat, Morocco. Rahioui has worked in the private and public sectors for over 17 years, having held positions in marketing and public relations, as well as digital marketing, media planning, and advertising. He is also a veteran of the business development stage and has headed up a number of start-ups, including several in the electric power and plumbing industries. Rahioui also has a strong technical background and is well-versed in marketing and digital strategy, as well as public relations, digital marketing, and communication marketing. He has more than ten years of experience in our industry, including a number of years as a business journalist and chairman of several media companies.

Board Of Directors at Intercontinental Exchange ICE/NYSE at Caveonix

Head of Global Legal Recruiting at Amazon at Amazon

Programming and Digital Marketing Agency based in Tirana