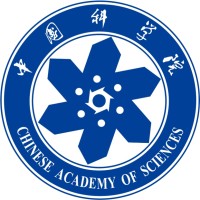 There's 86% chance that Heguang Liu is seeking for new opportunities

Not the Heguang Liu you were
looking for?

Based on our findings, Heguang Liu is ...

Based on our findings, Heguang Liu is ...

What company does Heguang Liu work for?

What is Heguang Liu's role at Uber?

What is Heguang Liu's Phone Number?

What industry does Heguang Liu work in?

Heguang Liu has worked experience in the following industries and Technologies: Software Development, Speech Research, Large-Scale Database Partitioning, Heguang Liu earned his Bachelor's degree in Electrical Engineering from the Chinese Academy of Sciences in December, 2011. Afterward, he went on to pursue his career in software development and speech research. Liu worked for Google for 8 months as a Software Development Intern in Beijing City, China in 2011. He then worked for Oracle for 1 year and 7 months in Redwood Shores, CA. Liu then worked at Uber for 4 years and 10 months in San Francisco Bay Area in 2016. Liu then served as a Senior Software Engineer II at Uber in San Francisco Bay Area from January, 2016 to October, 2020. Liu is currently a Tech Lead - Location Search Ranking and Relevance at Amazon.

Heguang Liu has a M.S. in Business Administration from University of Southern California in 2012. He afterwards studied SCPD at Stanford University in 2015 and 2018. Liu has also been a full-time participator in the Chinese Academy of Public Administration (CAPA)since 2016. interning at SAIFU and Xuhua Municipal Affairs Bureau in Beijing.

Founder of SearchForce [acquired by Epsilon Data] in 2020. Publicis acquired Epsilon for $4.4B. Open to SVP/CMO roles. at 500 Global

CEO and Founder at Adaptive Motion Group at Autonomy Institute

Director of Inside Sales, T-Mobile @Work at T-Mobile