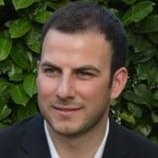 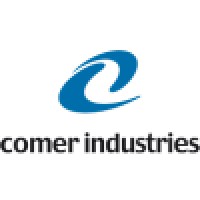 Not the Fabio Basaglia you were
looking for?

Based on our findings, Fabio Basaglia is ...

Goal-oriented
Energetic
Strong sense of self

Based on our findings, Fabio Basaglia is ...

What company does Fabio Basaglia work for?

What is Fabio Basaglia's role at SKF Group?

What is Fabio Basaglia's Phone Number?

What industry does Fabio Basaglia work in?

Fabio Basaglia works in the Mechanical Or Industrial Engineering industry.

Fabio Basaglia, who is currently a Head of Purchasing at SKF Group, has worked in various positions at the company, most notably as a Process & Product Quality Engineer at Comer Industries from January 2008 to January 2011. During his time at Comer Industries, Basaglia was responsible for developing and implementing the company’s purchasing processes, ensuring that quality standards were met and that products were delivered on time. In January 2015, he rejoinedSKF Group as a Quality and Purchasing Manager. At SKF Group, Basaglia is responsible for developing and implementing the company’s purchasing policies and procedures, as well as a range of other important aspects of the company’s business. He has also served as Managing Director Mech Joint srl, a business unit created within theskf group to provide solutions to cross-industry problems.

Fabio Basaglia has aOFTE - Mechanical engineering from the University of Florence and has an MBA from INSEAD with a specialization in business administration. Basaglia has over 10 years of experience in the field of process and product quality engineering. He began his career at the Italian company COMER Industries, where he worked as a process and product quality engineer. Basaglia then moved on to Comer Group, where he was responsible for the company’s Purchasing Department. Basaglia was also responsible for the development and implementation of Comer Group’s Lean manufacturing principles. Basaglia then moved on to SKF Group, where he was head of Purchasing. Basaglia moved on to the position of Quality and Purchasing Manager, and finally to the position of Quality Manager at SKF Group. Basaglia is also a Managing Director in Mech Joint srl.

There's 89% chance that Fabio Basaglia is seeking for new opportunities

Current Project: 👉 getertcpayment.info I help businesses, including nonprofits, and franchises apply for and receive the CARES Act Employee Retention Tax Credit (ERTC) of up to $26K per employee. at Mckenzie Media