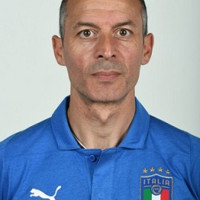 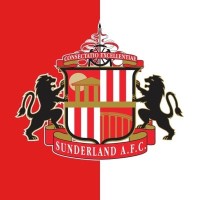 Head of Fitness and Performance

Head of Fitness and Performance

Head of Fitness and Conditioning

Head of Fitness and Conditioning

Not the Claudio Donatelli you were
looking for?

What company does Claudio Donatelli work for?

What is Claudio Donatelli's role at Italian Tennis Federation?

What is Claudio Donatelli's Phone Number?

What industry does Claudio Donatelli work in?

Claudio Donatelli has a background in fitness coaching and physical training. His certification was in Physical Fitness Technician at FIGC, which he obtained in January 1999. He then earned a Bachelor of Physical Trainer at University of Sport (Rome) in January 1993.Donatelli's professional experience in fitness coaching and physical training began in January 1999 when he was appointed Physical Trainer at FIGC. There, he worked with the club's footballers in order to improve their physical and fitness condition. While at FIGC, he also taught PT course. Donatelli's work with FIGC saw him work with many international footballers, including Gianluigi Buffon, Zinedine Zidane, and Romario. In addition, he also coached the Italian National Team's U-19s and U-21s.In January 2000, Donatelli was appointed Physical Trainer at Italian Football Federation. Here, he continued his work with FIGC's footballers, as well as teaching PT course. Shortly thereafter, he helped the Italian National Team achieve the silverware in the 2000 Confederations Cup. Additionally, during 2000-01 he also worked with the Italian U-19 Squad and the Italian U-21 Squad.Since leaving FIGC in January 2001, Donatelli has focused on his own practice. He has since commenced working with HMB Austria, where he is currently Employed as a Physical Trainer. In addition, he also holds aUSA license as a Physical Trainer.Claudio Donatelli's work readiness based on this education is admirable and he is very capable in both coaching and physical training. In addition, his past work experience at FIGC and experience with the Italian Football Federation haveallion him with qualifications and experience that make him a valuable asset to any football club.

Claudio Donatelli has a degree in Exercise Physiology from the University of Campina Pescara, Italy. Donatelli has been working in the fitness industry for over 10 years. He has worked as a fitness coach, sports nutritionist, and operative conditioning coach. He has also worked as a Senior Lecturer at the Italian Tennis Federation and in Head of Fitness and Performance at Sheffield United FC. Donatelli is a well-experienced coach who can develop and Talented Individuals to their fullest potential. He has a wealth of knowledge and experience in the areas of sports psychology, exercise physiology, scouting, fitness, personal training, well-being, agility, strength training, fitness training, sports medicine, strength and conditioning, injury prevention and fitness. He is also aproficient in operant conditioning and fitness marketing.

There's 88% chance that Claudio Donatelli is seeking for new opportunities

MBA Strategy and Competitive Intelligence at Will & Brothers Consulting