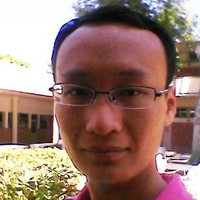 Based on our findings, Adam Li is ...

Based on our findings, Adam Li is ...

What company does Adam Li work for?

What is Adam Li's role at Acorns?

What is Adam Li's Phone Number?

What industry does Adam Li work in?

Adam Li's experience with Android Engineering:Senior Android Engineer at Acorns in Irvine, California, United StatesAdam Li has been a Senior Android Engineer at Acorns since January 2020. In this role, he engineered a sidewalk detection feature to reduce sidewalk riding on e-scooters in the Greater Los Angeles Area. Additionally, he built a flyer program to acquire and promote chargers and operators in the area. forced ridestudyAdam Li's experience with Uber:Android Developer at Thrive Market from February 2017 to September 2017Adam Li worked at Uber from October 2017 to October 2019. In this role, he engineered driver features to improve the safety of the platform. One of the areas he worked on was developing auto shipping and deep linking on Android. Additionally, he developed and maintained Norton Mobile Apps.Norton Mobile Security Lab:Android Engineer at Symantec from June 2013 to June 2016Adam Li worked at Symantec from June 2013 to June 2016. At Symantec, he developed and maintained Norton Mobile Apps. In this role, he designed and implemented a security measure for the app which prevented unauthorized access and theft.

Adam Li's education has Given him the background to be a computer scientist. He studied at Beijing University of Posts and Telecommunications where he obtained his degree in Computer Science. After completing his degree, he then moved on to California State University, Long Beach where he obtained his Master of Science in Computer Science. In his free time, he enjoys spending time with family and spent time learning new things.

There's 90% chance that Adam Li is seeking for new opportunities

Android developer 2.0 at Bird at Curbit

Android Engineer at Lyft at Bird

Backend Lead at PiñataFarms at University of California, Riverside

Vice President of Engineering at PeerStreet

Software Engineer at Bird at Bird