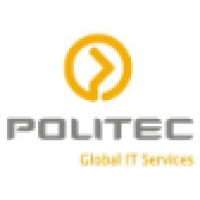 Not the Aclair Braga you were
looking for?

What company does Aclair Braga work for?

What is Aclair Braga's role at Adaptive Tecnologia da Informação?

What is Aclair Braga's Phone Number?

What industry does Aclair Braga work in?

Aclair Braga has been with Adaptive Tecnologia da Informação for 4 years as CEO, and has also been with CDS - Condomínio de Soluções for 2 years as Diretor Executivo and Gerente de Sistemas for 2 years. He started his career at Politec from January 2003 to January 2004, where he was the Coordinator-General of Information Technology. He then went on to be the President of Adaptive Tecnologia da Informação for 2 years. He also has experience in project management at Rezende Alimentos Ltda.

Aclair Braga has been working in the field of Computer Software since he was a young adult. Aclair started his career as a project manager at Rezende Alimentos Ltda in 1992 and then went on to work at Adaptive Tecnologia da Informação from 2004-2007. Aclair has also been a member of the board of directors at CDS since 2007. Aclair Braga is also a father and he has two children.

There's 87% chance that Aclair Braga is seeking for new opportunities

President and CEO at Periscope at Make-A-Wish Minnesota

Lets Talk about the perfect career match,“Careers start with the right conversation” at TransTech IT Staffing - A Mitchell Martin Company