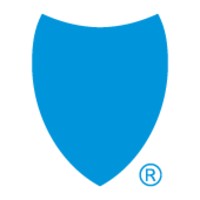 Not the Unmesh Sheth you were
looking for?

Based on our findings, Unmesh Sheth is ...

Based on our findings, Unmesh Sheth is ...

What company does Unmesh Sheth work for?

What is Unmesh Sheth's Phone Number?

What industry does Unmesh Sheth work in?

Unmesh Sheth has several years of experience working in the software industry. He started his career at Ektta, a company that provide software that helps businesses manage their business processes. In May of 2008, he moved to Blue Shield of California as a Sr. Manager, Integration Services & SOA Competence Center. In October of 2010, he joined Symantec as a Software Architect. He left Symantec in January of 2006 to start Indians for Collective Action. There, he was President from January of 2011 to December of 2013. He also serves on the Executive Board of Indians for Collective Action. Unmesh Sheth also has experience working with impact measurement and management software, which he started developing at SoPact in February of 2008. SoPact is a startup that helps businesses collect and analyze data to identify changes in their business processes. In October of 2010, Unmesh Sheth was also a co-founder at Ektta. Outside of his work with SoPact and Symantec, Unmesh Sheth has also worked at Action Technologies. Here, he was a Software Engineer from January 1993 to January 1994. He then went on to work at Symantec where he was a Software Architect. Unmesh Sheth is also a member of the Executive Board of Indians for Collective Action and a member of the Technical Advisory Board of SoPact.

There's 71% chance that Unmesh Sheth is seeking for new opportunities

Physician-Writer dedicated to improving public health and mental health for all. Let's make the world a kinder place. at Columbia University Department of Psychiatry and New York State Psychiatric Institute

CEO & Founder at MASSolutions at Get Where You Want To Go

HR Director at eBay at eBay

Company Director and Founder at ACCESS.SPACE Alliance at OneWeb