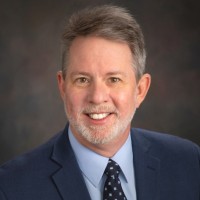 Not the Tom Knight you were
looking for?

Based on our findings, Tom Knight is ...

Based on our findings, Tom Knight is ...

What company does Tom Knight work for?

What is Tom Knight's role at UT Southwestern Medical Center?

What is Tom Knight's Phone Number?

What industry does Tom Knight work in?

Tom Knight has a Bachelor of Arts degree in Business/Corporate Communications from Stephen F. Austin State University. Prior to his education, Tom Knight worked as a Broadcast Journalist for nearly 10 years. Knight is currently a Broadcast Journalist for a CBS affiliate in Huntsville, Alabama. Knight has also been a Reporter for Southern Living, a Blogger forWordPress.com, and a Columnist and Contributor to The Tennessean.

There's 92% chance that Tom Knight is seeking for new opportunities

Founder and Partner at Sarelson & Co. - Attorneys and Advisors