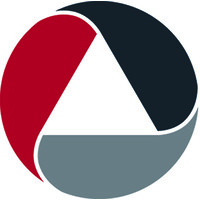 Not the Ted Northrop you were
looking for?

Based on our findings, Ted Northrop is ...

Based on our findings, Ted Northrop is ...

What company does Ted Northrop work for?

What is Ted Northrop's role at Atwell, LLC?

What is Ted Northrop's Phone Number?

What industry does Ted Northrop work in?

Ted Northrop has more than 10 years of experience with civil engineering, starting with provincial engineer in Manitoba, Canada. He then worked at Huitt-Zollars, Inc. for two years where he was the owner/vice president.Since starting at AtwellIndUSTRY in January of 1998, Ted has engineered projects for both major clients and startups. Ted's experiences have made him an invaluable asset to our team, and he has developed a strong reputation for his professionalism and creativity.Ted has a B.S. in civil engineering from the University of Manitoba and an M.S. from the University of Texas at Austin. He is a member of the American Society of Civil Engineers and the Canadian Society of Civil Engineers.

Since his early childhood, Ted Northrop has been deeply interested in technology. When he was just 9 years old, Ted built his first Computer. He continued to explore technology and realize its potential throughout his schooling, culminating in a B.S. in Electricalengineering from Northeastern University in 1984.Ted Northrop worked at Northeastern University from 1984-1988. There he gained experience as an electrical engineer working on various projects. Northrop also worked at Huitt-Zollars, Inc. from January 1998 to January 2002. In this time, he was the Owner/Vice President at Atwell, LLC. While at Huitt-Zollars, he was responsible for a variety of projects, from product development to marketing.Northrop has worked extensively with software and engineering tools, including but not limited to, MicrosoftWindows, Visual Basic, and Atlassian JIRA. He has also been a leading expert in the field of person-machine interaction and has developed several best practices within the software engineering field.

There's 91% chance that Ted Northrop is seeking for new opportunities

Advisor at AdvisoryCloud at Fidelity Investments

Founder, CEO at FS.COM at FS.COM

IREC Clean Energy Trainer of the Year at HeatSpring

Risk and Compliance Sales Consultant at Thomson Reuters at Equifax