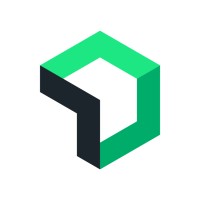 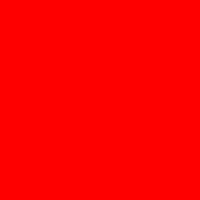 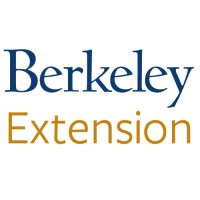 There's 95% chance that Tara Marchand is seeking for new opportunities

Not the Tara Marchand you were
looking for?

Based on our findings, Tara Marchand is ...

Based on our findings, Tara Marchand is ...

What company does Tara Marchand work for?

What is Tara Marchand's role at New Relic, Inc.?

What is Tara Marchand's Phone Number?

What industry does Tara Marchand work in?

Tara Marchand has over 2 years of experience working in the software engineering field. Tara is most recently a Senior Software Engineer at New Relic, Inc. where she has worked for 2 years (2 years 2 months). Tara has also worked at R/GA where she was a Technology Lead from March 2015 to April 2017 (2 years 2 months). In her previous positions, Tara has been a Senior Presentation Code Developer for R/GA from October 2009 to February 2012 (2 years 5 months). Additionally, Tara has been a UI Developer at DHAP Digital from December 2007 to July 2009 (1 year 8 months). Tara also worked at Publicis Modem from April 2005 to December 2007 (2 years 9 months). Finally, Tara spent 1 year as a Senior UI Developer at UC San Francisco from January 2003 to December 2004 (2 years).One of Tara's main responsibilities while working at New Relic, Inc. was working on the development of the software that helps customers take on big projects. This included developing front-end solutions, as well as developing tutorials and teaching new customers the software. In her previous roles at New Relic, Inc., Tara worked on a wide range of projects, from application launches to website design. For her work on the front-end solutions, Tara was most known for her work on the ClearType font implementation. In her previous roles, Tara also worked on developing tutorials that taught new customers how to use the software.Tara has also been involved in working on projects that were executed at R/GA. Most notably, Tara worked on the development of the ClearType font implementation. Additionally, she also worked on a wide range of tutorials and presentations for R/GA. The majority of her work at R/GA was spent developing code that dealt with presentation code. In her previous positions at R/GA, Tara also worked on a wide range of projects, from website design to application launches.

Tara Marchand's education has spanned back to when she was just a undergraduate at University of California, Davis. Tara's B.S. in Business Administration from UC Davis was in 2013, and her M.A. in Creative Writing from UC Santa Barbara in 2016. Tara's degrees in Business Administration and Creative Writing make her the most experienced writer and teacher working in a business setting and in the creative writing industry, respectively.In her previous academic experiences, Tara has found that she has a strong ability to connect with her students on a personal level. Her research and teaching focus on writing and writing-based courses, respectively. Tara has an uncanny ability to connect with her students on a personal level and give them a voice. Her classes have been able to debunk common writing beliefs and provide students with a more objective view of their work.As a

Tara Marchand is a Senior Software Engineer at New Relic, Inc. from April 2017 to March 2019 (2 years) in San Francisco, CA. Tara has more than 10 years experience in the software engineering field, most recently at New Relic where she has been a Senior Software Engineer. Tara has several years of experience developing front-end web applications and has experience in programmatic design, front-end development, data science, and web development. She is also a confirmed blender user, having been a part of the community since early 2014. Tara has a degree in Software Engineering from UC Berkeley and an undergraduate degree in Computer Science from UC San Francisco.

Travel Coordinator at MTF at MTF

Chairman and CEO at Altran at Altran

Back-end Developer at Expend at Expend