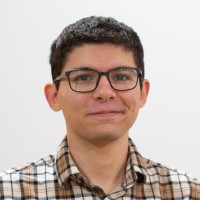 There's 97% chance that Tamer Wahba is seeking for new opportunities

Not the Tamer Wahba you were
looking for?

Based on our findings, Tamer Wahba is ...

Based on our findings, Tamer Wahba is ...

What company does Tamer Wahba work for?

What is Tamer Wahba's role at Vowel?

What is Tamer Wahba's Phone Number?

What industry does Tamer Wahba work in?

Tamer Wahba has experience in software engineering, computer and wireless technologies, internet security, and public relations.Prior to joining VowelTamer Wahba, Tamer Wahba was a software engineer at Vowel. At Vowel, Tamer Wahba worked on a variety of software projects, including software that manages a customer’s infrastructure, software that communicates with web servers, and software thatExtremely easily analyzes financial data. In his previous roles at EVEN Financial, Tamer Wahba was a software engineer responsible for developing and maintaining robust industrial control systems for anumber of manufacturing companies. In addition, he was also responsible for raising awareness for the importance of internet security and helping schools and businesses secure their data transportation connections.Outside of work, Tamer Wahba enjoys spending time with his wife and two children. He is an avid fan of playing video games, reading, watching TV, and spending time outdoors.

Manager, Ad Sales Marketing at Radio One at Urban One, Inc