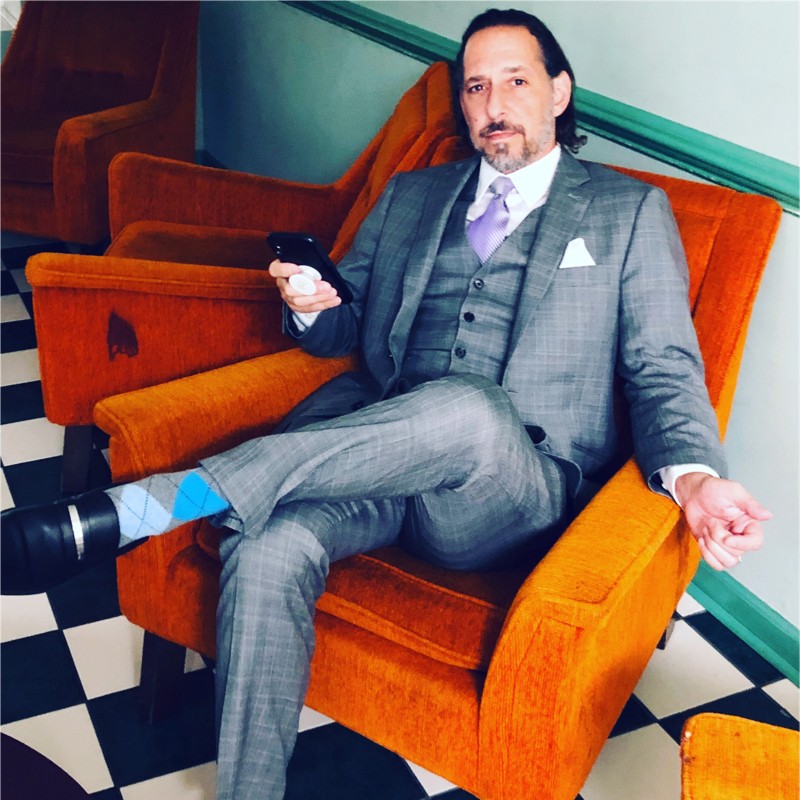 Co-Star of the ground-breaking film

What Is Your WHAT? Discover The ONE Amazing Thing You Were Born To Do Not the Steve Olshereth you were
looking for?

Based on our findings, Steve Olshereth is ...

Based on our findings, Steve Olshereth is ...

What company does Steve Olshereth work for?

What is Steve Olshereth's role at Liquor.com?

What is Steve Olshereth's Phone Number?

What industry does Steve Olshereth work in?

Steve Olsher's work experiences:Founder/Editor-In-Chief at Podcast Magazine, Host of Reinvention Radio & Beyond 8 Figures, Creator The New Media SummitSteve Olsher is currently a What Is Your WHAT? Discover The ONE Amazing Thing You Were Born To Do at New York Times Bestselling Author. . Founder & President at Bold Development. Owner of bold development - developer of for-sale and for-rent residential and commercial developments throughout the city of Chicago. Responsible for all aspects of the business. Specialize in identifying outstanding investment and repositioning opportunities. President at Liquor by Wire / Liquor.com from August 1991 to July 2000 (9 years). Liquor by Wire provided the worldwide gift delivery of wine, champagne, spirits, gift baskets and more. At our peak, we serviced 39 states and more than 40 countries.Launched on CompuServe's Electronic Mall in 1993, and launched one of the internet's first fully-functional e-commerce websites (liquorbywire.com) in 1995. Co-Star of the ground-breaking film at The Keeper of the Keys. Co-star of the ground-breaking film, The Keeper of the Keys, alongside Jack Canfield (Chicken Soup for the Soul), John Gray (Men Are From Mars, Women Are From Venus) and Marci Shimoff (Happy For No Reason). The Keeper of the Keys is a powerful film that follows a fictional character's trials and tribulations as he loses his job, his family, and his home and awakens to the possibilities of reinventing his entire life. CEO/Founder at Latatud in San Diego, California. Founder/CEO of Latatud - Latatud provides location independent entrepreneurs and remote workers the opportunity to have the flexibility to live where they want for as long as they want, the privacy to live life on their terms and the ability to build equity as if they’re a homeowner without the headaches of home ownership. Original Founder at Liquor.com from December 2006 to October 2019 (12 years 11 months). Liquor.com is the premier online mixology and cocktail culture related destination for men and women over the age of 21. Founder at Podcast Magazine in San Diego, California. Podcast Magazine - dedicated specifically to FANS of podcasts. Podcast Magazine:1) Takes readers into the lives of the podcasters whose shows they love. 2) Showcases, and reviews, amazing shows that fly under the radar. 3) Goes deeper into the stories podcast fans love. And, 4) Provides listener-driven, multi-channel, independent charts. Looking forward to sitting down with, and featuring the stories of, the podcasters you love and those you will.Launching Q1 2020. TEDx, Corporate, Keynote, Association & Educational Speaker at Keynote Speaker & Forensic Strategist. My presentations are moving, inspiring, and hilarious. Most importantly, audiences of all ages walk away with tangible ideas, concepts, and easy-to-apply learning objectives that can immediately be implemented and applied to their lives and businesses.A TEDx, corporate and personal development speaker, I have been called

Steve Olsher has been a self-starter from the get-go. As a young entrepreneur in the early days of the internet, Olshers was responsible for all aspects of the company - from starting up the company's website to developing its business model and marketing strategy. He was instrumental inLatatud - the world's first location-independent entrepreneurnetwork - and continued to lead the charge as CEO and founder, leading the company to multiple global successes. His presentations are engaging, inspiring, and funny - which is why audiences universally walk away with ideas, concepts, and easy-to-apply learning objectives that can immediately be (and are) applied to their lives and businesses. Olsher is also a highly accomplished author and keynote speaker. He has been recipient of the 2012 Business Technology Book of the Year award from Amazon, and has been interviewed by The New York Times, Forbes, Chicago Tribune, and other media outlets. He is also the author of The Keeper of the Keys, a ground-breaking film about a fictional character's trials and tribulations as he loses his job, his family, and his home, and Awakens to the possibilities of reinventing his entire life.

There's 73% chance that Steve Olshereth is seeking for new opportunities

I love to test software! at Salesforce.org

Technical Recruiter at Amazon at EPITEC

Founder & CEO at Tweak at Tweak