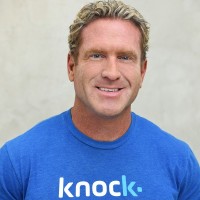 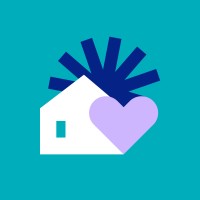 Not the Sean Black you were
looking for?

Based on our findings, Sean Black is ...

Democratic
Strong sense of self
Talkative

Based on our findings, Sean Black is ...

What company does Sean Black work for?

What is Sean Black's role at Knock.com?

What is Sean Black's Phone Number?

What industry does Sean Black work in?

Sean Black has been involved in the real estate industry for over 20 years, primarily in the form of helping businesses to sell and buy homes. Sean specializes in helping companies to understand their customers and to sell and buy properties in a more efficient and transparent way. He has successfully sold and acquired businesses in both the U.S. and Europe, and he currently consults with several thousand enterprise and individual investors.

Sean Black's professional experience: Sean Black is currently a Founder & CEO at Everymile.com from 1999 to 2002 (3 years) in Greater Boston Area. One of the first online consumer automotive insurance marketplaces. Failed miserably!. Founder & President at Europro International from 1994 to 1999 (5 years). Founded import/export distributor of nutrition supplements between U.S. and Europe. Bootstrapped sales from $0 to $3.5M and expanded distribution to 180 outlets in 9 European countries with offices in Paris, Brussels and Rome with no outside financing. Successfully sold the company to European partner in 1999. Director, International Development at The Vatican from 1995 to 1997 (2 years). Managed investment portfolios and developed new business and investment opportunities for the Franciscans from their Vatican headquarters. Vice President at The Corcoran Group from May 2003 to December 2005 (2 years 8 months). Learned the real estate industry from the front lines of New York City's largest real estate company as "homework" for Trulia. Board Of Directors at French International School of Philadelphia in Bala Cynwyd, PA. . Consultant/ Project Manager at Circles North America from August 2002 to January 2003 (6 months) in Boston, MA. Worked with the Co-founder & CEO to evaluate European market opportunities for Circles' leading customer and employee loyalty solutions. The CEO was the first investor and a board member at SalesCrunch and now I am investor in her new company Peach. Investor at Transparent Ventures in New York. This is the vehicle through which I invest my own money and time in tech companies that bring radical transparency, convenience, and savings to consumers. Investments include Knock, NerdWallet, SeatGeek, Paintzen (acquired by PPG), Zeel, Peach, Smith (acquired by Porch.com) and NFX. Advisory boards include Source3 (acquired by Facebook), Breezy (acquired by LTG) and Funnel (fka Nestio). I was a mentor at Techstars (where I met my Knock technical co-founder) and 500 Startups for 3 years where I was a humble helper to a few dozen companies. I also identify transformative companies for Correlation Ventures, a $200M venture fund that uses predictive analytics to provide access to capital within two weeks so teams can spend less time fundraising and more time changing the World. Founding Team, Head of Sales & Operations at Trulia from December 2005 to April 2010 (4 years 5 months) in New York & San Francisco. I was part of Trulia’s founding team and was responsible for overall business strategy focused on revenue growth, including building the sales organization that grew to several hundred people. Trulia went public on the New York Stock Exchange in September 2012 (NYSE: TRLA) and was acquired by Zillow 2 years later for $3.5B. The Zillow Group is now the largest consumer real estate marketplace with over 180M monthly unique visitors.Sean Black's professional experience and interpersonal skills: Sean Black's interpersonal skills are incredibly strong. He is always able to connect with his

There's 86% chance that Sean Black is seeking for new opportunities

Navigating the Digital Workspace Journey with Canadian Businesses. at VMware

Sales and Technology Leader at TSYS

Technical Recruiter at Uber at Uber

CEO and Founder at Platzi at Platzi

Honored to be part of a revolution changing the world of work! at Automation Anywhere