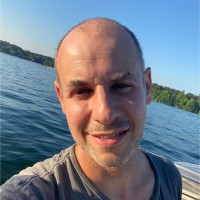 Based on our findings, Roger Gold is ...

Based on our findings, Roger Gold is ...

What company does Roger Gold work for?

What is Roger Gold's role at 300 Entertainment?

What is Roger Gold's Phone Number?

What industry does Roger Gold work in?

Music industry experience:Roger Gold has been in the music industry for over 10 years. He has worked in a number of different roles in the music industry, including Artist Manager, Vice President, office of the Chairman & CEO, Worldwide Recorded Music, Vicountry Of Canada, Warner Music Group, and Associate General Counsel at Warner Music Group. In his roles at Warner Music Group, Roger was responsible for developing and overseeing the business operations of the music division. He also held a variety of other positions in the company, including Assistant Counsel and Counsel, which gave him total responsibility for the legal and judicial aspects of the music division. In addition, Roger worked with Viacom, a large global media company, as a consultant from November 2012 to December 2013. During his time with Viacom, Roger helped to create and implemented a global music distribution platform and analyzed and managed the company's music industry operations.

There's 93% chance that Roger Gold is seeking for new opportunities

Recruiting the best professionals into the public and private sector at The Recruitment Co. NI