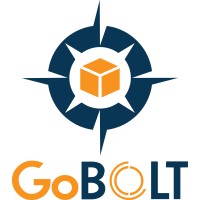 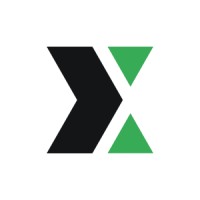 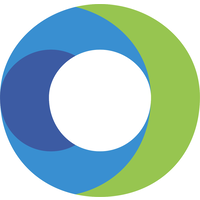 Not the Rishabh Chaudhary you were
looking for?

What company does Rishabh Chaudhary work for?

What is Rishabh Chaudhary's role at InfiHire?

What is Rishabh Chaudhary's Phone Number?

What industry does Rishabh Chaudhary work in?

Rishabh Chaudhary has a diploma inBusiness Administration from DU and a Master's degree in Management fromrossover in India. He has worked in a variety of industries andapulted himself from an apprentice to an experienced leader in a relatively short period of time. Rishabh Chaudhary has successfully focused and dedicated himself to a single industry for the past few years, and has amassed a wealth of knowledge and experience in this area. This makes him an ideal leader and Ctantroller for a business looking to rapidly expand and grow.Rishabh Chaudhary is currently a Head of Business Development- North India at Cogoport from January 2018 to September 2019 . AVP Strategy and Operations at GoBOLT from May 2017 to January 2018 . DGM Operations North India at NuvoEx from October 2016 to March 2017 . Sr. VP Sales and Operations at Parsel Technologies from July 2015 to October 2016 . Co-Founder at infihire (Formerly known as HoppJobs) from October 2019 to September 2020 . Co-Founder at HoppJobs. Program Manager at Damco from July 2013 to July 2015 . Summer Intern at Radico Khaitan Ltd from April 2012 to June 2012 . Founding Member and Customer Success at InfiHire. Regional Head at Cogoport from May 2017 to September 2019 . Head Of Program Management at Parsel Technologies from July 2015 to March 2017 .

Rishabh Chaudhary is an Indian entrepreneur, currently working as an executive engineer at Amazon India. He has a degree in computer science engineering from Uttar Pradesh Technical University and a Master's degree in marketing and operations from IMT Ghaziabad, India.Rishabh Chaudhary is primarily interested in computer science and engineering, but has also developed an interest in business. He has worked as a sales representative and marketing director for a technology company prior to his current job at Amazon India.Rishabh Chaudhary has experience in a variety of industries, including technology, marketing, and sales. He is currently working unfamiliar with Amazon India and does not have any experience with the product or market. However, he is confident in his current skills, and looks forward to growing with the company.

Rishabh Chaudhary has a B.Sc. in business administration from University of Cincinnati in the United States of America and he has been working in the field of logistics and supply chain for the past 10 years. He has had a successful track record in businesses in the field of supply chain and logistics. In his previous position, he has been a Head of Business Development at Cogoport from January to September 2019. He has also been aVP Strategy and Operations at GoBOLT from May 2017 to January 2018. He is also a Sr. VP Sales and Operations at Parsel Technologies from July 2015 to October 2016. He has also been a Co-Founder at HoppJobs from October 2019 to September 2020. In his previous positions, he has been a Program Manager at Damco from July 2013 to July 2015 and a Founding Member and Customer Success at InfiHire. He is also Regional Head at Cogoport from May 2017 to September 2019.

There's 97% chance that Rishabh Chaudhary is seeking for new opportunities