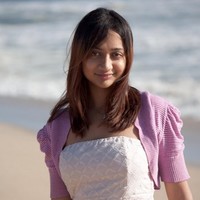 Not the Rifat Joyee you were
looking for?

Based on our findings, Rifat Joyee is ...

Based on our findings, Rifat Joyee is ...

What company does Rifat Joyee work for?

What is Rifat Joyee's role at Amazon?

What is Rifat Joyee's Phone Number?

What industry does Rifat Joyee work in?

Rifat Joyee has a background in applied software engineering, having specialization in software development at Amazon Music and Research Intern at eBay. He has worked at Microsoft since 2007 and is currently a software developer engineer at Lyft. In March of 2016, he left Lyft to move to San Francisco to work at Infra Structure/Big Data at Microsoft. There, he worked on developing software in Infra Structure/Big Data for Microsoft Azure. In March of 2017, he joined Skype as a Research Assistant and left to work on profiles in Skype end to end.

There's 90% chance that Rifat Joyee is seeking for new opportunities

Talent Coordinator at The Mill at Framestore

Director of Sales at Jemma Wynne