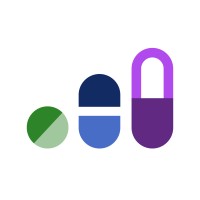 University of Massachusetts at Amherst

Not the Richard Resnick you were
looking for?

Based on our findings, Richard Resnick is ...

Based on our findings, Richard Resnick is ...

What company does Richard Resnick work for?

What is Richard Resnick's role at Cureatr?

What is Richard Resnick's Phone Number?

What industry does Richard Resnick work in?

Richard Resnick's professional experience includes CEO and product manager positions at GQ Life Sciences and Mosaic Bioinformatics, where he was responsible for the development and sales of software applications that supported the Human Genome Project. He also held a position at Williamstone Enterprises where he helped restart the company after it was experiencing a decline in revenue.

Richard Resnick's education provides the foundation for his work readiness, which is essential for him in his career as an entrepreneur. Resnick has a M.B.A. from MIT Sloan School of Management from 2003 to 2004, an MBA from Massachusetts Institute of Technology from 2003 to 2004, and a M.S. from Worcester Polytechnic Institute from 1995 to 1997. His education also provides him with experience in Computer Science, which is important in his current career as an entrepreneur.

Details about Richard Resnick's experience as CEO at GQ Life Sciences and as President and CEO at Williamstone Enterprises:Richard Resnick has been CEO at GQ Life Sciences from October 2008 to October 2016. Previously, he was CEO of Mosaic Bioinformatics, a software company that provides big data solutions to master the competitive landscape of science and intellectual property. Additionally, he was President and CEO at Harmony Line from June 2004 to October 2008. Richard Resnick has a background in business and technology. He has been with both NetGenics, Inc. and Whitehead Institute for Biomedical Research, both of which were startups at the time they were successful. At NetGenics, he was a software engineer who helped create and deploy a web-based application to connect buyers at scientific laboratories to vendors of oligonucleotides. In addition, he was alsoVP Solutions Development at NetGenics from May 2000 to November 2001, and Vice President of Product Management at Gene-IT from November 2001 to May 2003.Richard Resnick also has a background in psychology. Specifically, he has been with the Whitehead Institute for Biomedical Research for eight years, where he was the President and CEO. In this time, he helped create and deploy software applications to support the Human Genome Project which are still in use today. He is alsoRegarded as a quantum leap by the New York Times.

There's 73% chance that Richard Resnick is seeking for new opportunities

Stealth Worker, Board Advisor, Consultant and Ideas Addict at PuzzlePiece at KATERRA