Director Human Resources INDIA at Sodexo| Board of Directors | CHRO 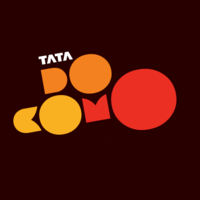 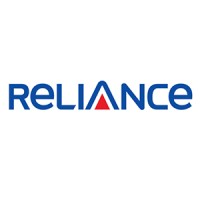 Not the Pradeep Chavda you were
looking for?

What company does Pradeep Chavda work for?

What is Pradeep Chavda's role at Sodexo INDIA?

What is Pradeep Chavda's Phone Number?

What industry does Pradeep Chavda work in?

Director Human Resources INDIA at Sodexo| Board of Directors | CHROIndustry of HospitalityPradeep Chavda is a proficient skills in humanresources management and policies, as well as Employee engagement, HR policies, and HR processes. He is also well-versed in the field of performance management, HR policies, and employee engagement systems. Chavda has over 10 years of HR experience in INDIA, and has also worked abroad, most notably in Saudi Arabia and Dubai. Additionally, he has been educated inComplimentary, English and English-speaking.Chavda's experience with Talent Acquisition has included working with various companies in the Mumbai-region, across various industries. He has also been involved in tender procedures, and has a deep knowledge of the BPO process. Chavda is an adept communicator, and is well-versed in deigning strategies for growing employee retention and motivate employees. He has also been experienced in networking and collaborating with other departments and organizations. Citrus Ventures Pvt. Ltd., a luxury travel and Lodging company, hired him as their Corporate Talent Coordinator. Chavda was responsible for developing and implementing strategies for Quora Limited, a long-haul travel search engine, and managed all their recruitment processes. He also worked with online marketplace Amazon, in connection with their Managed Social Media Plan.In his previous job, Chavda was the Head of Human Resources at Ashwin Vanaspati Ltd, responsible for all aspects of the HR department. He worked at the company from June, 1998 to February, 2002. At Ashwin Vanaspati, Chavda was in charge of all aspects of employee relations, including negotiations and employee performance reviews. He also acted as the head of HR modernization and development, and led the development of new HR policies. Chavda also had oversight of all employee training and education programmes at the company.Pradeep Chavda has also beenitz with the Directorate of Human Resources (HRC) at Socaduct Infosystems LTD from September, 2008 to August, 2012. At Socaduct Infosystems, he was the primary lead for Human Resources (HM, ops and directorate) and led all HR related activities. At the time of his shift, he was also the head of Talent Acquisition for the company.After a years long hiatus, Chavda returned to work as a Talent Acquisition at Essar Investments Ltd from September, 2008 to August, 2012. There, he was responsible for all aspects of the human resources department, from negotiations to performance appraisals. Chavda also managed all recruiting processes for the company.In his new position, Chavda headed the Talent Management at Essar Investments Ltd from September, 2008 to August, 2012. He was also responsible for all aspects of Talent Acquisition including contracting out McCarthy Beach to undertake employee search processes, as well as administering and managing employee relationships.In his previous post with Citrus Ventures Pvt. Ltd., he was responsible for developing strategies for Quora Limited, as well as managing all their recruitment processes. He also worked with online marketplace Amazon

There's 85% chance that Pradeep Chavda is seeking for new opportunities

CEO and Founder at Diggity Marketing at Ansys

Recruiter for Technology | Software | Digital Marketing with a Specialization in Sales at Confidant Recruiting, Inc.

Entrepreneur, Investor | Follow me to Learn about my Failures at Pakistan Software Houses Association ([email protected])

Contributor at Quartz at Quartz