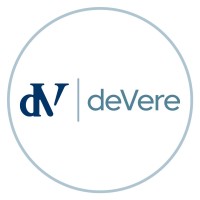 Not the Paul Richardson you were
looking for?

What company does Paul Richardson work for?

What is Paul Richardson's role at IT Works Resource Group Limited?

What is Paul Richardson's Phone Number?

What industry does Paul Richardson work in?

Paul Richardson has over 10 years of customer service experience, including 10 years working as a sales Executive for a car dealership. He has worked extensively in the industry of Automotive, most notably at Derek Woodman BMW, where he worked as a Sales Executive from January 2006 to June 2008. In his time at Derek Woodman BMW, Richardson was responsible for sales operations, going above and beyond to ensure that all customer needs were met. In his previous experience, he has been able to develop successful business processes and workgroups, which he applies in his current role at IT Works Resource Group Limited.At IT Works Resource Group Limited, Richardson is responsible for the development of business processes, as well as the improvement of business operations. Here, he is able to apply his skills in areas such as CRM, Financial Services, and Software Project Management. In his previous roles, he has been able to build successful processes and workgroups, which he applies in his current position as Unit4 Business World Specialist.With a strong background in customer service and development, Richardson is well suited to fill a role in the business world. He has The ability to develop successful processes and workgroups, as well as build successful customer relationships. He is also extremelyuble tooth and nail with his teams, as he is able to work with a wide range of people andwaukee principles. This makes him a great choice for a position in the business world, where he will be able to apply his skills to a wide range of projects.

Paul Richardson has a degree in Mathematics from Ashton on Ribble High School, studying for it at Cardinal Newman College Preston. Paul then left school to gain a job learning bookkeeping. After a few months, he found that he enjoyed bookkeeping more and decided to go for a degree in it. He finished his degree in Business Administration in 2002.Since2002,Paul has been working as a bookkeeper. He is veryicient in bookkeeping and is very reliable and attentive to clients. He has also volunteered with a range of organisations, most recently being a Member of the Board of Trustees at Ancaster Rugby Club.Paul is very experienced in working with teams and is confident in working with new staff. He is extremely hardworking and takes pride in his work. He has a great vision for the future and is very committed to his employers.

There's 88% chance that Paul Richardson is seeking for new opportunities