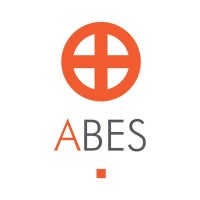 Not the Muhammad Asif Iqbal you were
looking for?

What company does Muhammad Asif Iqbal work for?

What industry does Muhammad Asif Iqbal work in?

C# Developer: Muhammad Asif Iqbal has proficient experience in C# 5.0 development. He has worked on various types of C# applications such as windows 8.1, Windows Server 2008, Windows 7, Windows Vista, and Windows XP. Muhammad Asif Iqbal has also worked on dotnet 4.0, dotnet 3.5, dotnet 3, and dotnet 2.0 frameworks. In 2011, he co-founded his own company, Avid Enterprise Consultant Inc, which is a business consulting company. He has also worked as a Junior Vice President in Customer Service at Accenture Consulting Services Pvt. Limited and Manager Accounts at ABES Limited.

Construction Manager at Aecom at Amentum

"That Optimism Man!" at Australian Leadership

Global professional & TEDx speaker » the Change Mindset » Author 5 books » +250 recommendations from all over the world at CyrielKortleven.com