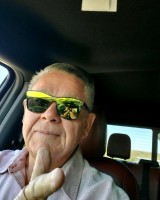 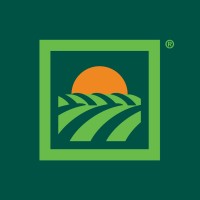 "ONE BALE AT A TIME UNIVERSITY"

Not the Mike Standlee you were
looking for?

Based on our findings, Mike Standlee is ...

Based on our findings, Mike Standlee is ...

What company does Mike Standlee work for?

What is Mike Standlee's role at Standlee Premium Western Forage?

What is Mike Standlee's Phone Number?

What industry does Mike Standlee work in?

Mike Standlee is currently a Founder at Standlee Premium Western Forage in Idaho, United States. He has over 10 years of experience in the livestock and feed business, including 5 years owning and operating a high-volume feed business in the Western United States. In his current role, he is responsible for developing and leading the Forage team, which is composed of experienced drivers and traders who distribute and sell livestock and feed products.Prior tohis current role at Standlee Premium Western Forage, Mike Standlee was a drove for 5 years at Rogers Grain in Virginia. He held several driver positions at Rogers Grain, including assistant driver, manager of the grain truck line, and driver for the feed truck line. During his time at Rogers Grain, Mike Standlee developed a strong interest in livestock and feed handling and learned the ins and outs of the meat business. He also gained valuable experience in the distribution and marketing of livestock and feed products.Mike Standlee holds a B.S. in Agricultural Science from United States University and an M.S. in Agricultural Science from the University of Montana.

There's 70% chance that Mike Standlee is seeking for new opportunities

Staffing Consultant at Strategic Staffing Group In at AcceleFunding

🔥 As a Global Speaker & Professional Development Partner I team up with HR and Executive leaders to help make their workplace culture healthier, inclusive, collaborative & thriving.🙌🏽🙏🏽. at City of Columbus

FY
Frank Costantino/ Your Website Is Just The Beginning

Looking for a new job or challenge. at YASH Technologies

Social Media and Business Developer with 8 years of the UAE experience. at Infinity Sunrise Trading