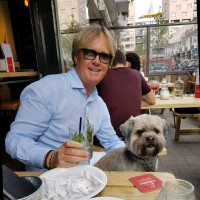 Not the Michel Borremans you were
looking for?

What company does Michel Borremans work for?

What is Michel Borremans's role at Hospitality Broker Spain?

What is Michel Borremans's Phone Number?

What industry does Michel Borremans work in?

Michel Borremans has been with the hospitality industry for over 10 years. Borremans founded horecaadviesbureau.nl in 2004 and has been working here ever since. He is a senior partner at Hospitality Broker Spain and has been working at Maximiliaan Holding BV, Restaurant Bogey`s BV, and Directeur at Restaurant Bogey`s BV from January 2008 to March 2011. Borremans is skilled in Interim Management, Dutch, HORECA, Food, Hospitality, Catering, German, Food & Beverage, B2B, Hospitality Management, Coaching, Restaurants, Event Management, Entrepreneurship, Hotels, Wine, Wine Tasting. Borremans is currently a senior partner at horecaadviesbureau.nl.

There's 88% chance that Michel Borremans is seeking for new opportunities

Founder and CEO at Ava Labs (Hiring!) at Avalanche

Marketing monitoring devices on all people with a GPS tracker linked to FBI, police and Linked In & Ancestry.com.

PhD Fellow at University of Waterloo

Business is a Skill at The Entourage