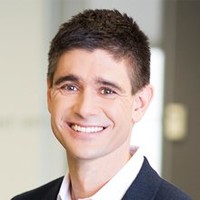 Not the Michael Bryzek you were
looking for?

Based on our findings, Michael Bryzek is ...

Based on our findings, Michael Bryzek is ...

What company does Michael Bryzek work for?

What is Michael Bryzek's role at Gilt Groupe?

What is Michael Bryzek's Phone Number?

Michael Bryzek, an engineer and computer scientist, has had a journey in his life that has involved studying at a number of different institutions. He started his journey at Mission San Jose High School, where he learned about engineering at an early age and then went on to study computer science at Massachusetts Institute of Technology. After his studies, Bryzek worked in a number of different companies before moving on to work at Google. While his work at Google was very varied, he always had a goal of seeking an education that would help him achieve his professional goals. Bryzek finally achieved his goals and obtained his degree in computer science from Massachusetts Institute of Technology in 2000.Now that Michael Bryzek has obtained his degree in computer science, he has decided to focus on his future career goals. He has set his sights on trying to get into a graduate program in computer science and then on working in the industry himself. Bryzek is confident in his ability to progress in his career and is eager to obtain his degree in computer science so that he can help technicians and engineers in our society make the best use of computing resources.

There's 77% chance that Michael Bryzek is seeking for new opportunities

Data Analyst at Google at Google

Vice President State and Local at Docusign at DocuSign

Founder of Torqued, a motorsports parts importer and distributor. Angel investor via Blacktop Ventures and Booth BAAN. at LendUp