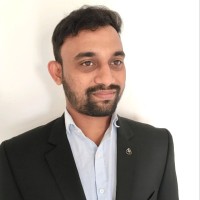 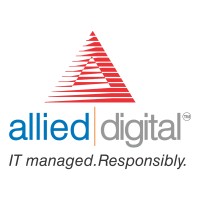 CHAROTAR UNIVERSITY OF SCIENCE AND TECHNOLOGY

Not the Maheshkumar Mishra you were
looking for?

What company does Maheshkumar Mishra work for?

What is Maheshkumar Mishra's role at Budhana Tech, LLP?

What is Maheshkumar Mishra's Phone Number?

What industry does Maheshkumar Mishra work in?

Maheshkumar Mishra started his educational journey with Master of Computer Applications Developer at CHAROTAR UNIVERSITY OF SCIENCE AND TECHNOLOGY from January 2015 to January 2018. After getting certified, he started his journey as a software developer at Veer Narmad South Gujarat University, Surat from January 2011 to January 2015. Despite having an average score of only 61% in subjects like Mathematics, Probability and Statistics in his matriculation examination, he was given the opportunity to pursue his studies at the college. Mastering the computer programming language, he was able to set up and develop computer systems for his undergraduate research.

There's 78% chance that Maheshkumar Mishra is seeking for new opportunities

Executive Director. Co-Host of "Coffee with Jim and James" web series. Builder of Alliances in the Oil, Gas & Pipeline Industry. at Thigpen Energy

Software Engineer at Amobee at Turn

MTSI is Hiring! Email me at [email protected] for details!! at Modern Technology Solutions, Inc. (MTSI)

National Security Strategist at Fox News at The Heritage Foundation

Recruiting Expert: Building relationships to help you better your career! at Modis

Founded a Warner Bros. division (Turbine, made Lord of the Rings Online). First mover in the $30B MMO tech industry. at Monsarrat - The Next Big Thing in Mobile AR Gaming

Tech hiring in Google - (If i visited your profile, then I'll reach out for upcoming opportunities ) at Google