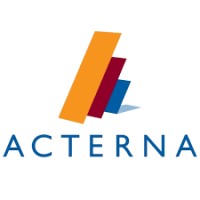 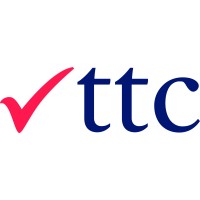 Not the Larry Albertson you were
looking for?

Based on our findings, Larry Albertson is ...

Conscientious
Strong sense of self
Communicator

Based on our findings, Larry Albertson is ...

What company does Larry Albertson work for?

What is Larry Albertson's role at Viavi?

What is Larry Albertson's Phone Number?

What industry does Larry Albertson work in?

Larry Albertson'sProfessional Experience:NewDay Real Estate Services LLCIndustry of Telecommunications Larry Albertson is currently a Vice President of North America Comm Test Sales at Viavi from January 2005 to September 2008 . Vice President of North America Major Account Sales at Acterna from January 2000 to January 2005 . Vice President, Director, Regional Manager at Telecommunications Techniques Corporation (TTC) from January 1991 to January 1998 . District Manager at TTC from January 1990 to January 1991 . Sales Engineer at HP from January 1984 to January 1990 . Vice President of Solution Sales Operation at TTC from January 1999 to January 2000 . Vice President of Performance Optimization Group at TTC from January 1998 to January 1999 . President at NewDay Real Estate Services. President / CEO at Rep Channel Management from November 2008 to October 2016 .NewDay's history demonstrates that they are ruthlessly efficient in unmatched efforts to serve their clients. They go the extra mile to ensure that their clients are always satisfied with the service they receive. Furthermore, they prioritize customer satisfaction and deliver on their commitments, even when the pressure is high. Favorable client reviews testify to the high-quality of their work, which has earned them a loyal customer base.Distinguished from other real estate firms by their focus on customer satisfaction and their unyielding commitment to being number one, NewDay sets the standard for enlightenment in the industry. They have successfully negotiated and closed more transactions than any other firm, and continue to lead the pack. Lloyd’s List has placed them in the top 5% of firms for customer satisfaction and leadership abilities, and Diamond services has awarded them James D. Polk Award for their innovation in servicing new-home buyers.Larry Albertson is a widely respected expert in the field of telecommunications and real estate. He has more than 25 years of experience in the telecommunications industry and hasTransaction achievement in the high-pressure field of real estate. He has successfully negotiated and closed more transactions than any other firm and remains one of the top leaders in the industry. He is also avalued member of the prestigous James D. Polk Award-winning Diamond services team.

Ranked #909 out of 18,177 for Vice President of North America CommTest Sales in Texas

There's 88% chance that Larry Albertson is seeking for new opportunities

Speaker, Brand and Biz Mentor for mental health entrepreneurs at BeBrandConfident.com at The Stone Foundation