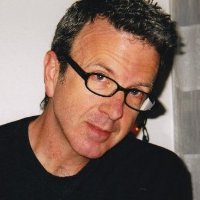 Creator - Producer @ Vox Lumiere is an explosive mashup of music, dance, technology and silent film and is slated to open on Off-Broadway in Spring 2016. Vox Lumiere brings silent film classics to three-dimensional, high-decibel life, offering a fresh take on timeless tales. Our innovative productions blend old movies, new songs and powerful live performances into a showstopping spectacle that will have you on the edge of your seat. Singers, dancers and musicians play off each other, the audience and the onscreen story in a magical exchange. It’s a riveting new kind of storytelling that will inspire you and haunt your dreams long after the curtain falls and the credits roll. More than just a show, Vox Lumiere is a unique entertainment experience—an immersive, multimedia extravaganza that smashes the walls between stage and screen, audience and artist, man and machine. With dazzling visuals, iconic stories and soul-pumping original music from creator and award-winning film composer Kevin Saunders Hayes, Vox Lumiere is a genre- busting new art form unlike anything you’ve ever seen. A captivating fusion of old Hollywood and modern music, Vox Lumiere redefines what it means to go to the theater. “Mind-blowing entertainment… truly different, incredibly exciting, and definitely the ticket for one of the coolest theatrical events to be found in LA.” – Broadway World From 2005 to Present (10 years) Greater Los Angeles AreaComposer - Songwriter - Producer @ Kevin is an award-winning composer, songwriter and producer who creates music for film, television, theater, animation, recording artists, video games, new media, theme parks and national brands. From January 1985 to Present (31 years)