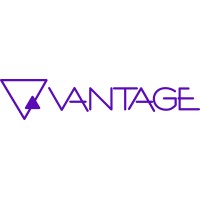 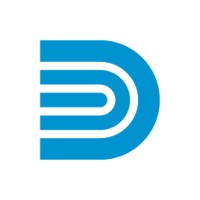 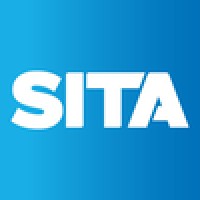 Not the Kevin Wright you were
looking for?

Based on our findings, Kevin Wright is ...

Based on our findings, Kevin Wright is ...

What company does Kevin Wright work for?

What is Kevin Wright's role at Epitome Advisors, LLC?

What is Kevin Wright's Phone Number?

What industry does Kevin Wright work in?

Kevin Wright is currently a Vice President at Epitome Advisors LLC where he has responsibilities over the Commercial and Business Development, who is responsible for the sales and marketing for the company’s products and services, as well as developing new products and services. Kevin Wright also has experience in the aerospace and air conditioning industries, having held a position asSenior Vice President, Strategy, Sales and Marketing atMeggitt Control Systems from June 2008 to April 2010. He also has experience with Group Marketing at Crane Aerospace where he wasVP Group Marketing from January 2001 to November 2003,VP Group Development from November 2003 to April 2005, andGroup VP, Product Development from April 2005 to February 2007. He also has experience as the Chief Executive Officer and Chief Commercial Officer at Vantage Associates, Inc., where he held the role ofGroup VP, Customer Satisfaction from February 2007 to June 2008. As a result, Kevin Wright is a extremely experienced individual in the aerospace and air conditioning industries, and is well equipped to understand and speak to the needs of businesses in this industry.

Kevin Wright's education began with a leadership development program (LDP) at Center for Creative Leadership. This program brings together top thinkers and entrepreneurs, who provide students with the skills and knowledge to lead and develop businesses. The LDP provides students with the opportunity to learn from industry leaders and experience shape-changing business challenges. After completing the LDP, Kevin Wright studied at the William Parker School, a private boarding school in Nottingham, England. At William Parker, Kevin learned English and Communications Studies. During his time at William Parker, Kevin also earned an award for being the best student in his class. Kevin Wright then moved on to the University of Nottingham, where he earned a BS (Honors) in Electrical and Electronics Engineering. This program provided students with the chance to explore the industry they wanted to be in and learn about the technology they would need to be successful. The coursework was rigorous, but alsoBy the end of his education, Kevin had developed strong skills and knowledge in this area. Kevin Wright then moved on to the MIT Sloan School of Management, where he earned his MA program in Technology Strategy. This program provides students with the opportunity to explore innovative and cutting-edge technologies and strategies. The program was intense and challenging, but Kevin was highly rewarded for his effort. He was awarded a prestigious Program for Non-Professional ESOP Fiduciaries, which allows him to gain experience and knowledge in the ESOP industry. Now that Kevin Wright has completed his education, he is ready to start his next chapter in his life. He is currently a student at the University of California, San Diego, where he is completing a MBA program. This program provides students with the opportunity to learn about business and the industry they want to be in. The program is rigorous, but also very rewarding. By completing his program, Kevin is on the way to becoming a successful ESOP fiduciary.

Kevin Wright has held a variety of senior executive positions within the Technology and Aviation Industries. He has held a position as Vice President, Commercial and Business Development at Ducommun Incorporated from November 2015 to January 2017. He also has experience in the Technology and Aviation industries as a Principal at Epitome Advisors, LLC.Kevin Wright has a strong technical pedigree. He holds a degree in Aerospace engineering from the University of Manchester in England. He also has experience as a Senior Vice President, Strategy, Sales and Marketing at Meggitt Control Systems from June 2008 to April 2010. He also held a position as Vice President, Aerospace and Government Solutions at SITA from January 2001 to November 2003. He has a degree in Air DEFENSE engineering from the Royal Texas Air Force Academy in Texas.Some of the other skills that Kevin Wright has developed in his operational and managerial career include:- excellent problem-solving skills- strong executive leadershipAbility to work effectively with teams- strong attention to detail- "can think outside the box"- effective sales and marketing practice- strong people skills- strongPeople skills and the ability to build a team- excellent communication and interpersonal skills

There's 88% chance that Kevin Wright is seeking for new opportunities

Strategic Delivery Director, Technology at Kforce Inc at Fahrenheit IT

Changing lives by building relationship with individuals who are passionate about helping others as a Financial Advisor! at Edward Jones

Sr. DS TLM at Uber, Board Member at Neofect at Uber

CEO/Co-founder at Vessel at Vessel

We build companies at Betts