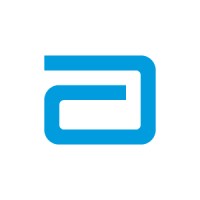 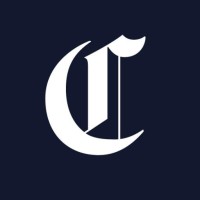 Not the Kaamilya Major you were
looking for?

Based on our findings, Kaamilya Major is ...

Based on our findings, Kaamilya Major is ...

What company does Kaamilya Major work for?

What is Kaamilya Major's role at GE Healthcare?

What is Kaamilya Major's Phone Number?

What industry does Kaamilya Major work in?

Kaamilya Major has seven years of HR experience. She started her career at GE Healthcare-USCANK in April 2009, where she was the Head of Inclusion, Diversity & HR Compliance. During her time there, she worked on a diversity recruitment program for the company. She then moved to Abbott in February 2013, where she was the Global Executive Search Recruiter. There she worked on a program to find and hire employees in the US and Canada. In December 2016, she left Abbott to join Integris Retained Executive Search Firm as a Senior Manager, Diversity & Inclusion. With her new role, she is responsible for all aspects of diversity and inclusion.Kaamilya Major has a degree in HR from the University of Southern California. She has been with Integris Retained Executive Search Firm since May 2006. There, she was the Head of Inclusion, Diversity & HR Compliance. Additionally, she worked as a Client Services IIineaanalyst at Chicago Tribune Media Group from 2001 to 2004. She also worked as the Diversity Recruitment Lead and Global Talent Acquisition Manager at Abbott from September 2016 to July 2018. In her previous roles, she has contributed to the dominance of HR among businesses in the COAST Initiative.

There's 94% chance that Kaamilya Major is seeking for new opportunities

Connecting people with job opportunities at Pactera US Careers

Corporate Executive, Strategy, Operations and Transformation at Cleveland and Associates

👉🏼Nuke Your Sales in The Next 90 Days! | I Help Companies Diagnose Their Marketing Challenges & Design Custom Marketing Systems to Scale To The Moon🌙 at SAM Sensei

CEO at Global IT Con LLC.

Director of IT and Operations at SambaSafety

Bringing the best and brightest to Daugherty at Daugherty Business Solutions