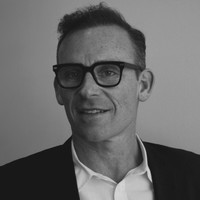 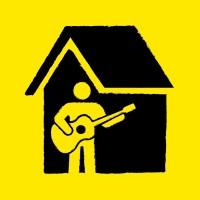 EBOOST “CLEAN FUEL FOR A BETTER YOU” 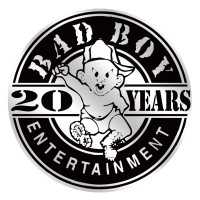 Not the Josh Taekman you were
looking for?

Based on our findings, Josh Taekman is ...

Based on our findings, Josh Taekman is ...

EBOOST “CLEAN FUEL FOR A BETTER YOU”

What company does Josh Taekman work for?

Josh Taekman works for EBOOST “CLEAN FUEL FOR A BETTER YOU”

What is Josh Taekman's role at EBOOST “CLEAN FUEL FOR A BETTER YOU”?

What is Josh Taekman's Phone Number?

What industry does Josh Taekman work in?

Josh Taekman has a crushing love of learning. From his earliest years, Taekman was introduced to the power of learning through exploration and learning through hands-on experience. Taekman quickly realized that he found his passion in learning. Taekman attended University of Arizona where he studied education and taught himself how to teach. Taekman's studies at University of Arizona helped him develop his teaching skills and become more experience and knowledgeable in the field. Taekman's education has given him the foundation and knowledge to help others learn and succeed.Josh Taekman's work readiness is high. He has a strong respect for himself, his employees, and students. Taekman is always looking for ways to improve his teaching skills,Individuals, and positions he has taken on. Taekman is always striving to be contributing to his community in some way. He has volunteered his time and resources to numerous community organizations. Taekman has a love for giving back to society and helping others.

Mr. Taekman is currently a Founder at EBOOST. He has held various roles at two companies: founder of Buzztone, which was acquired by Bad Boy Marketing in 2000 and VP Marketing at Bad Boy Entertainment from March 1996 to February 2000. From September 2000 to September 2007, he was President at Buzztone - NY/LA. Additionally, from October 1996 to February 2000 he was founder and managing partner of Bad Boy Marketing, which he sold to EBOOST in 2000.Mr. Taekman’s first industry foray was into health, wellness, and fitness. He formed EBOOST in January 2000, and served as its President from January 2000 to January 2007. As President at EBOOST, he played a critical role in growing the company from a small startup to a successfully profitable entity. Additionally, he served as a mentor, advisor, and connector for many start-ups and entrepreneurs in the health, wellness, and fitness industry. In his previousrole, he was instrumental in developing Buzztone into one of the leading companies in the space.In his current role at EBOOST, Mr. Taekman is focused on bringing clean fuel to a better you. This is his second iteration of the company - he founded EBOOST in 2000 when there was no such thing as clean fuel. clean Fuel for a better you is a unique and innovative health, wellness, and fitness concept that allows anyone, regardless of income or size, to get the healthy and affordable lifestyle they deserve. The company is currently in its early stages of development, and Mr. Taekman is integral in driving the product to market.Josh Taekman is a connector. He is highly skilled in coming up with relationships and building coalitions. He enjoys working with others, and is able to build positive relationships with a vast amount of people. Additionally, Mr. Taekman has a Excellent Work Ethic. Mr. Taekman is a leader and motivator, and is always looking to improve the work he does.

There's 72% chance that Josh Taekman is seeking for new opportunities

2019 PRSA Communications Professional of the Year! at Hemisphere Technologies

Senior Marketing Manager at Measured at The Winders Group