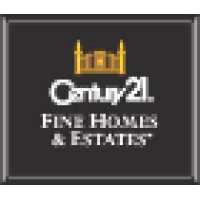 Not the JOSE LUIS GONZALEZ RODRIGUEZ you were
looking for?

What company does JOSE LUIS GONZALEZ RODRIGUEZ work for?

What industry does JOSE LUIS GONZALEZ RODRIGUEZ work in?

Jose Luis Gonzalez Rodriguez has a degree in economics and a specialization in urbanism and Desarrollos Inmobiliarios Urbanismo from Instituto Internacional San Telmo. After completing his studies, he worked at the University of Sevilla as an economics teacher, and then at the Instituto Internacional San Telmo as an economist. He then went on to work at the University of Madrid as a lecturer in economics, and then as an expert in plan and administration of businesses.

Co-founder at iii-financements at European Commission

Hiring the best and brightest minds into Synamedia! at Synamedia

Director Board Of Directors at FFC

Looking for a job

Head Of Operations at Nearshore Portugal