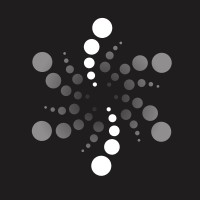 EVP of Media and Marketing Global Head of Virtual Reality for GTM + Location Based Entertainment

Not the Joanna Popper you were
looking for?

Based on our findings, Joanna Popper is ...

Adaptable
Strong sense of self
Engaging

Based on our findings, Joanna Popper is ...

What company does Joanna Popper work for?

What is Joanna Popper's role at Various?

What is Joanna Popper's Phone Number?

What industry does Joanna Popper work in?

Joanna Popper has over 10 years of marketing experience, most notably as Global Head of Virtual Reality for Location Based Entertainment at HP. she has led North American and Latin American-based marketing projects, particular in customer retention and stopped Bain and McKinsey consulting teams. Popper has also been a strategy consultant at McKinsey & Co from 1999 to 2002, where she worked on projects including media, food and beverage, telecommunications, government, technology and financial industries. Popper also has experience working as a financial analyst and associate in New York City/Sao Paulo, Brazil on Mergers and Acquisitions and project finance. Popper worked as an executive producer at various from 2016 to 2019, where she was responsible for marketing (brand, growth and product marketing), public relations, communications, digital/social media, video content creation and production, media content deals and Tech news site, which she reported to the CEO, as well as the Executive Team driving strategic direction.

Popper has more than five years of experience in the marketing industry, with experience in lead marketing, technical marketing, area marketing, and international marketing. She held a lead marketing position at HP, where she led a marketing team responsible for executing marketing projects for company acquisitions and products. At JPMorgan Chase, Popper was a financial analyst and associate, working in Brazil on mergers and acquisitions and project finance. Popper works as an executive producer at various, where she leads marketing for greenlit unscripted TV series helmed by NBC and Singularity University. As a global head of virtual reality for go-to-market and location based entertainment at HP, Popper led all of the company's virtual reality efforts.

There's 73% chance that Joanna Popper is seeking for new opportunities

Corporate Recruiter at Wheel at Wheel

Culinary Operations in Plant-Based Solutions at The Live Green Co

CEO at PBS at Thirteen/WNET

I teach CS50 at Harvard University

Co Founder At iNeuron.ai And Youtuber With 520K+ Subscribers at iNeuron.ai