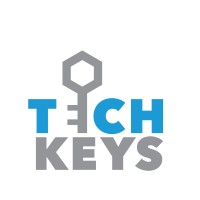 Not the Jeff Ruggerio you were
looking for?

Based on our findings, Jeff Ruggerio is ...

Based on our findings, Jeff Ruggerio is ...

What company does Jeff Ruggerio work for?

What is Jeff Ruggerio's role at JFR Staffing?

What is Jeff Ruggerio's Phone Number?

What industry does Jeff Ruggerio work in?

Jeff Ruggerio has been with JFR Staffing as a CEO, Manager Customer Operations, and COO. He has also worked at Fiserv (Investment Services), Tech-Keys, and Morgan Stanley Dean Witter.

Jeff Ruggerio's professional and technical abilities include experience in the industry of staffing and recruiting. He started at JFR Staffing as a CEO in 1998 and led the company until 2004. He was then responsible for the customer operations at Fiserv (Investment Services) from January 2004 to December 2014. From December 2014 to December 2015, he was the COO of Tech- Keys.At JFR Staffing, Jeff Ruggerio was known for his innovative thinking and attention to detail. He was known for his ability to create a successful business from scratch and for his drive to continue to grow the company. He will leave his mark on JFR Staffing and the staffing industry.

There's 72% chance that Jeff Ruggerio is seeking for new opportunities

Board Adviser, Author, CEO, Educator and Startup Mentor in Healthcare, Aging/Longevity and other sectors at WCOD

Co-Founder and CEO at Volara.ai at Volara