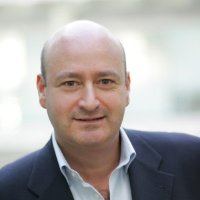 Chief Executive @ From August 2014 to Present (1 year 4 months) Norwich, United KingdomCEO @ FilmFlex is one of the largest most successful movie-on-demand service providers in Europe,backed by joint venture partners Sony Pictures and Disney. From July 2011 to July 2014 (3 years 1 month) London, United KingdomOwner @ From November 2009 to July 2011

Looking for a different Jeff Henry?