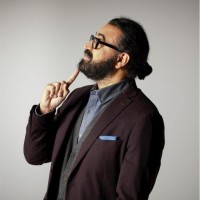 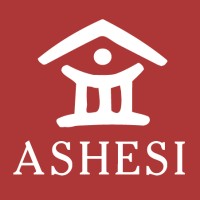 Not the Gurdeep Pall you were
looking for?

Based on our findings, Gurdeep Pall is ...

Based on our findings, Gurdeep Pall is ...

What company does Gurdeep Pall work for?

What is Gurdeep Pall's role at Microsoft?

What is Gurdeep Pall's Phone Number?

What industry does Gurdeep Pall work in?

Gurdeep Pall's Education Background:Gurdeep Pall's education background is Master of Science - MS, Computer and Information Sciences at University of Oregon Graduate School from 1987 to 1989. Executive Management, Business and Strategy at The Wharton School from 1983 to 1987. Bachelor of Engineering - BE, Computer Engineering at Birla Institute of Technology from 1983 to 1987.

Technical skills:Gurdeep Pall is widely known within his technical circles for his excellence in software engineering. He has a long and successful history of developing powerful and effective software titles, including two of the world’s most popular Skype applications, Lync and Skype for Business. In addition to his work in software engineering, Pall is also very experienced in the development of real-time communication tools, having been responsible for developing both the technology and the business models for two of the world’s most significantcommercial organisations - Microsoft and Google. interpersonal skills:Gurdeep Pall is highly communicative and capable offluidly under pressure. He is highly reflective and has a deep understanding of his own thoughts and feelings. Pall has a good sense of humor, and often intervenes to support his colleagues when they are struggling.Work experience:Since 1990, Gurdeep Pall has worked in an expatriate environment, hone his skills as a technical engineer and manager, and make a big impact within the Microsoft company. He was a Software Engineer at Microsoft from 1990 to 2005 and then position of GM, Networking Team, Windows XP. Pall was responsible for building the research and tools that allow Microsoft to reach new levels of real-time communications performance. For his work in real-time communication, Pall was also responsible for the development of the first VPN for Microsoft. Pall later became the Head of Business AI and Microsoft Garage where he applied AI to business problems. In this role, he also led teams developing innovative technology for Microsoft products. Pall is highly experienced in the area of communication and management, and is very comfortable in high-pressure situations.

There's 93% chance that Gurdeep Pall is seeking for new opportunities