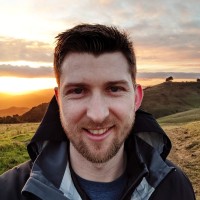 There's 92% chance that Greg Ostrowski is seeking for new opportunities

Not the Greg Ostrowski you were
looking for?

Based on our findings, Greg Ostrowski is ...

Based on our findings, Greg Ostrowski is ...

What company does Greg Ostrowski work for?

What is Greg Ostrowski's Phone Number?

What industry does Greg Ostrowski work in?

vague- I am a software engineer currently employed by post intelligence in san Francisco Bay Area.Specific experiences:1. Software Engineer ( Frontend) 2. Software Engineer at Rightpoint from February 2013 to May 2016 (3 years 4 months) 3. Responsibilities varied by project, ranging from complete implementation of front end interface based upon designs to back end development, and everything in between. Helped champion and encourage other developers to adopt new tools/frameworks across the company’s project portfolio. 4. Web Developer at 1-800-Radiator from January 2012 to November 2012 (11 months) 5. Student Technician at Cal Poly ITS from July 2008 to June 2011 (3 years). 6. Helpdesk Technician at Round Table Pizza from June 2007 to September 2007 (4 months)7. Worker in Corporate Office8. Answered help desk calls from branch managers 9. Collected branches’ sales data through remote login 10. Data Entry.

Greg Ostrowski has experience working as a software engineer, ranging from 2 years as a software engineer at Rightpoint from February 2013 to May 2016 in Chicago, IL. Greg also worked as a web developer for 1-800-Radiator from January 2012 to November 2012 in Benicia, CA. Greg also has experience in customer service, helping to problem solve computer related issues for Cal Poly ITS from July 2008 to June 2011 in San Francisco, CA.

Head of Growth at Cuvva - We’re hiring! at Cuvva

Head of Acquisition and Nurture at Gousto at Gousto

Systeembeheerder at IT Support Groep B.V.

CEO and co-founder Scribbr at SCRiBBR