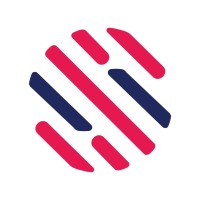 Not the George Throm you were
looking for?

Based on our findings, George Throm is ...

Based on our findings, George Throm is ...

What company does George Throm work for?

What is George Throm's role at Concentrix?

What is George Throm's Phone Number?

What industry does George Throm work in?

From his accounting and business/managerial degree at the Indiana University of Pennsylvania, George Throm went on to earn a BS in Business/Marketing from the same institution in 2014. George has since worked in various sales and marketing positions, holding various regional and national accounts. In his previous role as regional marketing manager for a major regional healthcare company, George had the opportunity to work with patients andixir sales people both in-store and online. He is currently managing a sales and marketing operation for a healthcare manufacturer.

There's 73% chance that George Throm is seeking for new opportunities

Managing Director at Storm Search at Direct Recruiters Hospital IT

The Optimization Guy - Who wants to wrestle unicorns and purple squirrels with me? at PENNYMAC

Getting you where you want to go