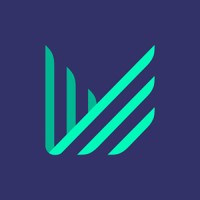 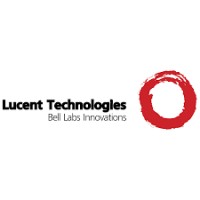 Not the Geoff Mathieux you were
looking for?

Based on our findings, Geoff Mathieux is ...

Based on our findings, Geoff Mathieux is ...

What company does Geoff Mathieux work for?

What is Geoff Mathieux's role at Wingz?

What is Geoff Mathieux's Phone Number?

What industry does Geoff Mathieux work in?

Geoff Mathieux has a Bachelor's degree in Economics/International Relations from University of Southern California. He then attended the Thunderbird School of Global Management, where he earned his MBA. Geoff has a very diverse background in business and education, having worked in a variety of industries both domestically and internationally. He has a strong ability to prescribe actionable strategies and build strong partnerships. Geoff is committed to his education and career journey and is excited to share his skills and knowledge with the local community.

As a Sales Manager at Lucent Technologies from January 1995 to January 1999, Geoff Mathieux was responsible for the sales and subscription ledger operations in Lucent's Arizona Division. Additionally, from January 1989 to January 1994, he was the International Product Manager for Neopost, a part of the Hewlett-Packard India Business. While at Neopost, Geoff was responsible for developing, managing, and making sales calls to potential customers in over 25 countries.As a Co-Founder at Wingz from April 2011 to January 2018, Geoff was responsible for developing, initiating, and driving the company’s “Wingz culture.” In this role, Geoff was responsible for creating and implementing the company’s workplace culture, setting and enforcing company values, and leading and driving growth within Wingz.As an VP Business Development at Clarity Technical Communications from December 2008 to January 2013, Geoff was responsible for developing and implementing the company’s winning strategies and strategy development within the telecommunications industry. During his time at Clarity, Geoff helped drive significant changes for the company, including driving growth for the Server and Workloads divisions, developing new products, and growing the brand.In January 2000, Geoff joined Arizona at Zumper as the VP Business Development. Since then, he has been a instrumental leader and driver of growth for the company, leading a team of experienced and dedicated professionals who work together to provide unbeatable customer service. Geoff is the driving force behind Arizona and Zumper’s success and looks forward to continuing his successful Adminstration at the company until retirement.

There's 77% chance that Geoff Mathieux is seeking for new opportunities

Searching for Program Management position in the Reston Virginia area at TechGlobal, Inc.

Director of Sales and Marketing at Wyndham Worldwide at Wyndham Destinations

Founder and CEO at Voltron Companies at Jurjak & Sussman LLC

I don't know who you are... but I will find your profile, and I will recruit you! at GoCanvas

People. HR. Culture. Comedian. Holder Of Your Dog. at NS1