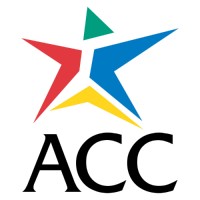 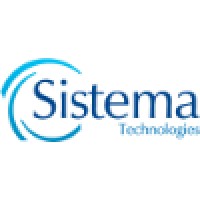 Not the Ernesto Cantu you were
looking for?

Based on our findings, Ernesto Cantu is ...

Based on our findings, Ernesto Cantu is ...

What company does Ernesto Cantu work for?

What is Ernesto Cantu's role at Sistema Technologies, Inc.?

Ernesto Cantu is Director of IT

What is Ernesto Cantu's Phone Number?

What industry does Ernesto Cantu work in?

From 2001-2006, Ernesto was the Director of IT at Sistema Technologies, Inc. during which time he was responsible for the design, development and Implementation of IT systems for the company. Ernesto is also a member of the TASSCC Advisory Board, which is made up of a group of IT Directors and technologists from the Texas Association of State Systems for Computing & Communications. After working at Sistema, Ernesto completed a six-month stint as the IT Director at Austin Community College, where he led the development of a new IT system. Ernesto has also been a member of the Industry Projects Committee at Austin Community College for the past two years.

Ernesto Cantu's Education:Ernesto Cantu has a Bachelor of Business Administration from Texas A&M University-Corpus Christi. His education has prepared him for his current position as Executive Director of the Hispanic Chamber of Commerce of Dallas, Texas.

Ernesto Cantu has over fifteen years of experience in the field of Information Technology. In this time, he has worked as a Director of Business Development at Sistema Technologies, Inc., Director of IT at Sistema Technologies Inc., and as a TASSCC Advisory Board Member at TASSCC INC-TEXAS ASSOCIATION OF STATE SYSTEMS FOR COMPUTING & COMM., where he has also been a member of Industry Projects Committee. Cantu holds a Master's in Business Administration from Austin Community College and a Bachelor of Science in Electrical Engineering from National University ofMexico.

There's 76% chance that Ernesto Cantu is seeking for new opportunities

self-employed at Self Employed

Co-Founder at The RedGEM Technologies, Inc.

APAC Managing Director - in China since 2008, now based in Beijing at Boy Scouts of America

R&S Analyst na be IT