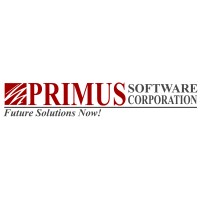 Director of Sales for Georgia and Tennessee 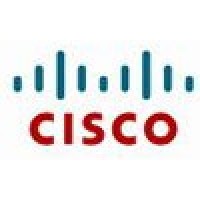 Not the Eric West you were
looking for?

Based on our findings, Eric West is ...

Based on our findings, Eric West is ...

What company does Eric West work for?

What is Eric West's role at Charles Schwab?

What is Eric West's Phone Number?

What industry does Eric West work in?

Eric West has over 20 years of experience in the telecommunications industry, with a focus on product management, sales and marketing, and technology. He has worked in a variety of industries, including business, technology, and telecommunications. Before joining ATT, Eric West worked as a Senior Product Manager at Georgia and Tennessee, where he was responsible for developing and Tatxo products. He was also a Consultant at ATT from June 2009 to August 2010, and as a Senior Product Manager at ATT from February 2012 to September 2013 inAtlanta, Georgia. Eric West has also worked as a Sales Executive at August 2008 to May 2009, a Senior Product Manager at June 2000 to June 2006, and a Geophysical Engineer at January 1981 to January 1986. Eric West has also worked as a Senior Account Executive at January 2007 to October 2007, and as an Executive Staff Marketing Specialist at October 1996 to October 1998. Eric West is currently a Patent Agent at October 1998 to June 2000, and as aChief Executive Officier at November 1989 to October 1996.Eric West has a B.S. in Product Management from the Georgia Institute of Technology and a M.S. in Geological Engineering from Auburn University.

I have worked in a number of different industries, including telecommunications, IT, hotel/room management, and product management. I have been involved in product development and manage product estates. I have also been involved in marketing and sales. My work experience with safety has taught me how to manage risk and communicate with stakeholders. I am also comfortable managing and leading teams. I am auppet-fillable and have experience in project management.

Ranked #367 out of 7,331 for Sr Manager, Digital Product Management in Georgia

There's 91% chance that Eric West is seeking for new opportunities

Buyer Reusable It Equipment Laptop, Desktop, Lcd , Printer and Other It equipment. 100% Uttilized. at Reducity

Global Editor in Chief at AspenCore at JVC

Director of Sales at The Ritz-Carlton Hotel Company, L.L.C.

Ambitious, eager & outgoing individual looking to broaden my horizon with a new career as a Personal/Executive Assistant..